Kulp South: The mystery within

We just want to start this article by saying that everyone in Kulp South is freaking hilarious. That’s why we’re writing this article.

We also know that you’re probably confused by the mystery that is Kulp South. What is Kulp South? Is the inside of the building covered in vines too? Does Beyoncé live there?

Never fear, the women of KS have come together to inform you about all the ‘going-ons’ in our humble abode.

So, who lives there?

There’s Ellen Conrad, the Kulp South Mom and consolation ginger. She covers our religious-ness by being in Parables.  Ellen also (almost) single-handedly burned down the entire building by absolutely destroying the egg she was making for lunch. On the plus side, she’s super close with the fire department now.

Next is Maddie Birky, the athlete. Maddie = sports.  (I can’t say anything racy about her because she runs this paper). #alwayspantsless Seriously, that girl is never wearing pants. Her life motto is: ‘Pants are like Chipotle Burritos. You need them to survive in the real world, but the moment you take them off your body, you realize that covering your legs in hot salsa was a terrible idea.’ 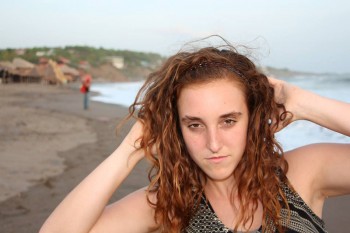 Then, Hayley Mann, the gamer. She learned, late freshman year, that if you kill someone’s chicken in Skyrim they will chase you down and you will die. Don’t kill other people’s chickens in Skyrim, folks! Hayley is also science. We think she sleeps with a beaker under her pillow—or else goes through science withdrawal. 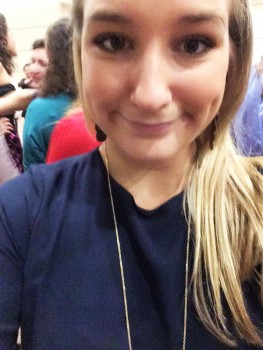 Next, Claire Frederick—early to bed, late to rise. If it’s past 9 p.m., you know where she is. Asleep in her bed. Claire has a lot of hidden talents, like farting on command or… yeah. That’s her only talent. But hey, at least she’s won some ribbons for it, amiright? 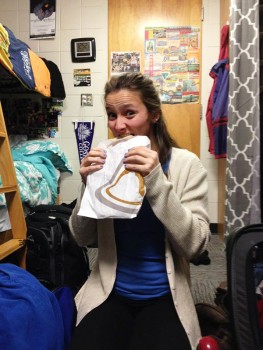 Sarah Hofkamp is next, the country bumpkin who supplies us with our daily dose of Kansas. Not a day goes by without a good ‘ole play of ‘Follow Your Arrow’ (if you don’t know that song, look it up. It’s great. Your life will change). You might see Sarah at the Rec, doing her really difficult job of pressing one button.  She’s actually majoring in the art of button pressing. 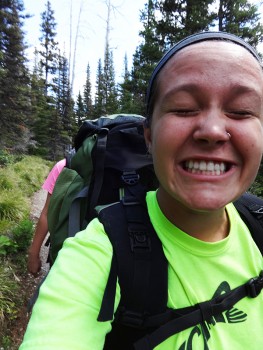 Anya Kreider is the sass master. Don’t be fooled by Kreider’s peaceful outside—she’s a fiery ball of saucy comebacks. We think it comes from the insane amounts of coffee she drinks. Real talk, sometimes Anya makes twelve cups of coffee for herself.  “It’s hard being super hype all the time,” says Kreider.

Lea Ramer is next on the roster—the theater buff. #tbt to that one time she was the loud rock (not a joke) in last year’s mainstage. Seldom does Lil’ Ramer grace GC with her acting, but when she does, she always gives a rock solid performance (heh). Lea is the official Beyoncé lover of KS. Yes, we all love Queen B, but Lea’s love goes miles above ours; she knows Yoncé’s every move. Rumor has it that Ramer changed her middle name to Beyoncéismylife last year. 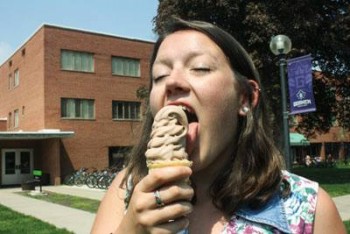 Finally, Maggie Weaver (Waggie?)—the musical obsessed. There’s nothing she enjoys more than to dramatically sing out her feelings (most recently, she combined the arts of song and dance to give the praised rendition of ‘These Stairs Are Too Hard for Me to Walk Up’ as she ascended to her class on the third floor of the Ad Building). Her new album is coming out next week, entitled #yourmom. 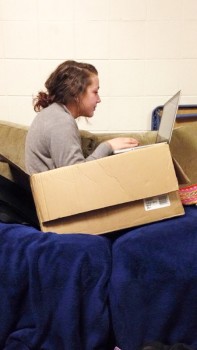