It goes without saying that a LOT of changes have been made on campus since March.

There are the obvious ones: the mask wearing, the social distancing, the restrictions on dorm life, the limited access to certain spaces, yadda yadda yadda. However, there is one major change on campus that is less obvious, hardly mentioned, yet SUPER significant to students who are trying to support the U.S. Postal Service during this trying time.

I am talking about ITS Media’s new mail procedures.

For those who need a quick refresher to how things were pre-Coronavirus, here is how it went when you got something in the mail. You would go to ITS Media, show them your ID, pick up your mail and then you would sign your name as confirmation that you picked it up. To conclude, you would take a piece of candy and get on your way, happy as a clam.

The COVID-19 mail process is almost identical, except for one tiny, critical shift.

Now, instead of signing to confirm you received your mail, you are PHOTOGRAPHED holding your mail. This photograph is then sent to you, a Gmail keepsake of a moment that you probably didn’t think would be so consequential to your life. That’s right, people, ITS Media workers are dabbling in photography, and let me tell you, the results are *interesting*. 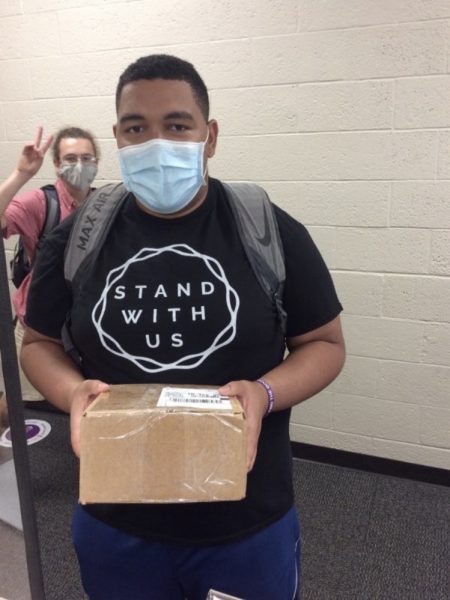 Zachariah Begly, senior, holds a package while Nathan Pauls, also a senior, poses in the background. This photo

gets bonus points because it has two people in it. Zack is proudly presenting the box, and you can see the no-nonsense attitude written all over his face, despite this classy surgical mask, which covers the southern region of the face. Photographer did a good job featuring the subject and not the plexiglass. 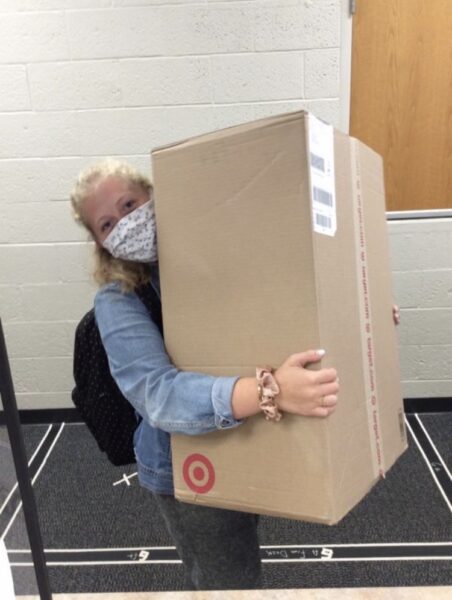 Exhibit B: Gretta Rempel, sophomore, holds a package almost as big as her! What’s even in there? A dog? A person? Anyone who looks at this photo is immediately drawn in and can’t help but wonder what’s going on. Whoever photographed this work of art did an excellent job. No plexiglass or desk is featured, Gretta is right in the middle and she was obviously notified that a photo was being taken, giving her the opportunity to smize. This photo deserves to go on the ITS Media hall of fame. 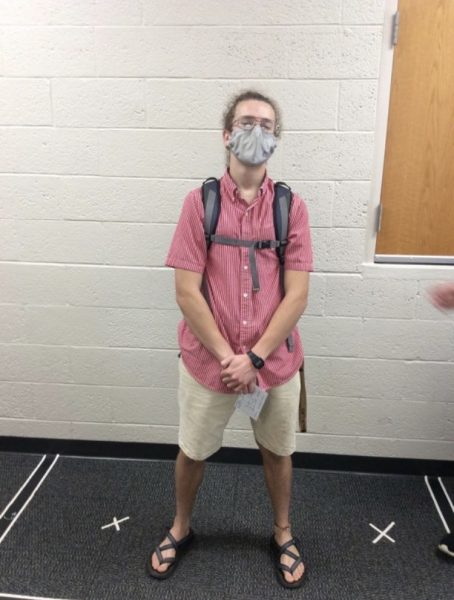 Exhibit C: The delightful sequel to the photo of Zachariah, we now see why Nathan Pauls stood behind Zachariah Begly! In fact, a story is being told! Two friends both received mail and decided to walk over to pick up their goodies together. How cute. Nathan does an excellent job posing; however, I think he could display his mail a bit more prominently – the letter is almost impossible to see. The photographer did an excellent job, even going so far as to include the tip of Zack’s shoe and blurry hand on the right hand side of the photo.