As I sit here looking out of the second story window of the library, I have come to the realization that things are changing on campus.  Neither the typical change from green to gold to bare that the trees make, nor the precipitation going from rain to snow, nor even the introduction of “food-inspired art” at the Rott can begin to describe it.  There is something deeper, more fundamental than even these things,that is revolutionizing the way studying happens here at Goshen.

To understand the full story I need to back up a little bit.  You see, as I was at lunch today, I was involved in a discussion about the wonderful aspects of the library, and the main topic was (drum roll please) THE CAGE!  Unfortunately, as a music education major, I do not have the opportunity to venture to the library on a very regular basis, and so I had never seen this masterpiece of modern ingenuity.  Thus I made the pilgrimage to the spot where I sit now, hardly daring to advance further toward the glory that is The Cage.

The Cage itself has a long and glorious history fraught with goblins, betrayal, true love and even a dragon.  That, however, was before Goshen College got ahold of it, where it earned a new position of protecting the rare and ancient tomes safely stored in the inner recesses of the library’s catacombs.  However, after a fluke incident involving a temperamental water heater and lots of spraying water, the need for our rare and ancient manuscripts to be protected was obliterated…along with the rare and ancient books, which after further investigation, turns out were not even rare–only ancient and unwanted in the larger librarying world.

Thus ended an exciting and new adventure in the life of The Cage, but as with many things, as one ends, another begins.  The Cage now adorns the wall of the “Cage Study Area” as a memento to the long and heroic history it has.  This area can be found by following the signs on the second floor of the library.  Although it is no longer used as a door to house ex-rare-water-logged tomes, it now functions as the door to the hearts and passions of many students here on campus.  When asked what it meant to him, Luke Zehr, a first-year, responded in a heart-wrenching manor.  “The Cage is like home,” he replied with a far-off look of longing in his eye.  Annali Smucker, a senior, is touched in a similar way.  “It is a place where I can get stuff done, yet still feel surrounded by people who love and accept me,” she said on the verge of tears.  Tim Blaum, senior, was so overwhelmed by his first visit to the Cage that all he could incoherently mumble was “There is no Cage. . .there is no Cage [like this one].”

Even as I sit here, I am feeling the draw of The Cage.  It understands and responds to my thoughts.  The Cage is like nothing I have ever experienced.  It truly is a study area with personality.   I now know, more than ever, that The Cage has genuinely brought change to this campus. 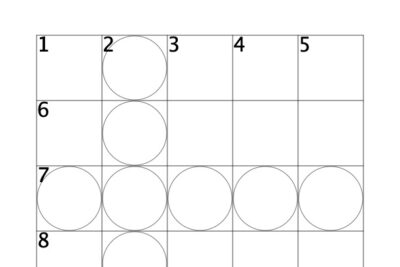 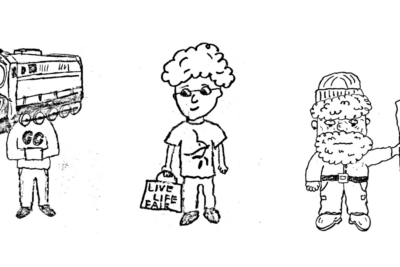