It’s a surprise that throughout this whole ordeal, Sara Azzuni’s sanity has remained unscathed (or not!).

This exhausting epic brings the curtain down on the (I don’t know) the show, a run which has confirmed its status as Goshen’s most popular show ever. Judging purely by the number of audience members, and the fact that me and a few others were kicked out from the main hall to the balcony, ISC is a cultural phenomenon. Popular opinion or not, I think it is more culturally progressive than the Globe (Did you see the Korean and Chinese dance!?!).

So, where do I start with ISC 2019? The dinner that around half of the audience (especially GC students) did not attend? As always, the food was phenomenal, traditional food stripped of the spiciness to suit American tongues. How can we forget the aji sauce, “the most fermented version of Kimchi that took six months to reach Goshen directly from Korea,” as Rebecca Choi puts it.

Now about the performances…

Like the past three years, the show was a Kim family event. This year, we had the third addition of this family: Yujin. They have easily toppled the Caleb-Joshua Liechty siblings to win the GC Siblingry award. Or maybe not—Yejin did not seem too happy that Hajin deserted the Kim sisters for a song.

Barnett’s Boys…every time we think there is nothing more that they can do to elevate their act, they exceed expectations. Look at Nimoy. How is he still walking on his feet (or sometimes his hands) and not bound to a wheelchair?

Melissa’s dance was a never-before-seen performance. While the soothing music was a sharp contrast to most other dances, it on a whole did a big favor to Hajin, the next act. She cleaned off the stage pretty well with her XXXXLong sleeves.

And Hajin, I am so disappointed with you. When I saw Bohemian Rhapsody in my program, I was looking for a Korean shirtless Freddie Mercury. But then, the ukulele wasn’t that bad.

Ebtihal, I love you. I have decided that I would rather listen to your mathematics and physics theories everyday than attending convos or chapels. Do you offer any convo credits?

Now the dancers—Chinese, Korean, Indian, American and all the ones in between, you were truly wonderful. But to be honest, no one, absolutely no one, was as good as Gabe, Anthony and Cade shaking their hips for a whole 2 or more minutes. You were genuinely “too sexy” for us.

Except for the awkward 20 mins when Dan Liechty waited for me to appear on the stage, the show was fun-tabulous. Year after year, ISC continues to show us that GC’s investment in international students continues to bear fruit and spread joy.

Isn’t it better that there’s no voting in ISC like Kickoff? Imagine having to choose between Bohan’s pork belly and Juan’s paella. 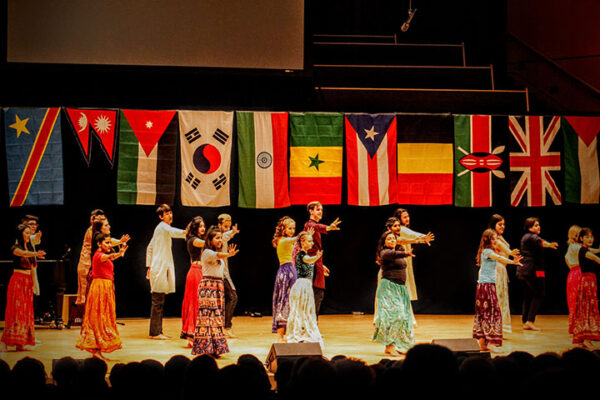