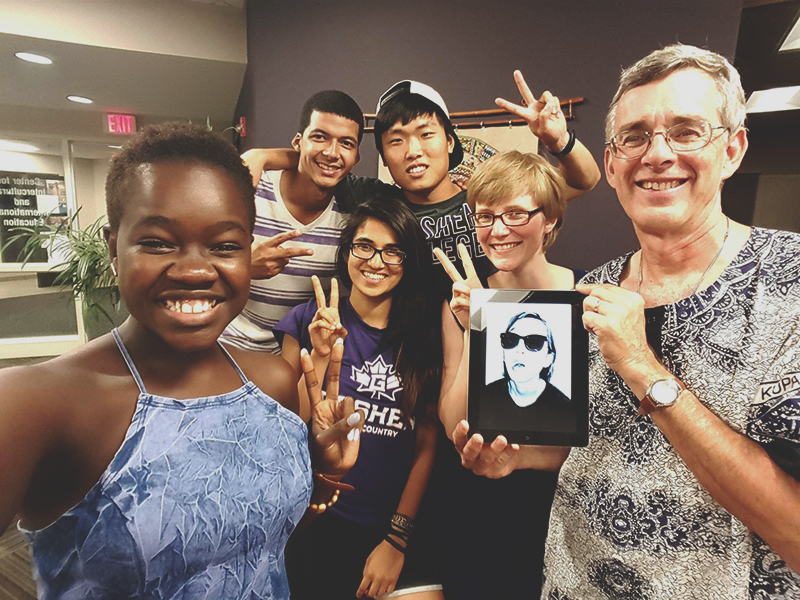 Have you ever wondered about the mysterious, exciting lives that GC international students lead?

Me, too. In fact, I’m so curious that I’ve spent years and years here at GC working with our beloved internationals as the International Student Advisor. In that time, I’ve learned all sorts of amazing things about our very diverse world and, even cooler, have been blessed with friendships with some wonderful, interesting people.

Over the years, though, I’ve heard some amusingly strange tales based on things that people have assumed and said to these folks. In the interest of global understanding, here’s a tiny collection of responses to comments and queries that people have made to some GC students over the years.

In your own pursuit of wisdom and world knowledge I encourage you to share a cup of tea, java or smoothie with an international student and figure out the truth, the whole truth and nothing but the truth. I’ll bet they’re curious about your exotic life, too!

● The small mysterious scars on Chris (“Strong Boss”) Moon’s arm are not actually an implanted microchip linking him to his North Korean overlords. Actually, they’re just the leftover signature of a childhood immunization.

● Achieng Agutu’s pet lion back home in Kenya is fluent in three languages. OK, just one language…And she has no lion, pet or otherwise. She doesn’t even know any lions on anything but a professional basis.

● Riding an elephant to school every day back in India is not what kept Deesha Pagar in shape prior to coming to GC. Nah, it was running, running, running just like she does now. She wishes she had an elephant, but could only afford a giraffe. (Full disclosure: no giraffe either. It sounds so exciting, but it’s not true.)

● Dona Park’s Canadian experiences with moose, black bears and beaver are a lot more limited in urban Vancouver than many folks think. Try harder, Dona! What sort of Canadian doesn’t have daily run-ins with dangerous wildlife?

● Prashansa Dickson is not, despite the opinion of an unpleasant (drunk) man in Chicago, an “illiterate, dot-headed terrorist.” I know for a fact that she can read extremely well in all sorts of languages.

● Former student Hussein Yessuf did not really live in any mud huts back home in Somalia—really, no kidding, none, never. He hates mud, just like most well adjusted people.

So, whenever you find yourself wondering about the real backstory on anyone, international or otherwise, don’t be shy! Turn off your phone, make a face-to-face friend, expand your world, talk and share. It’s the best education you can get.