Leah attempts a Funnies article: Round 2 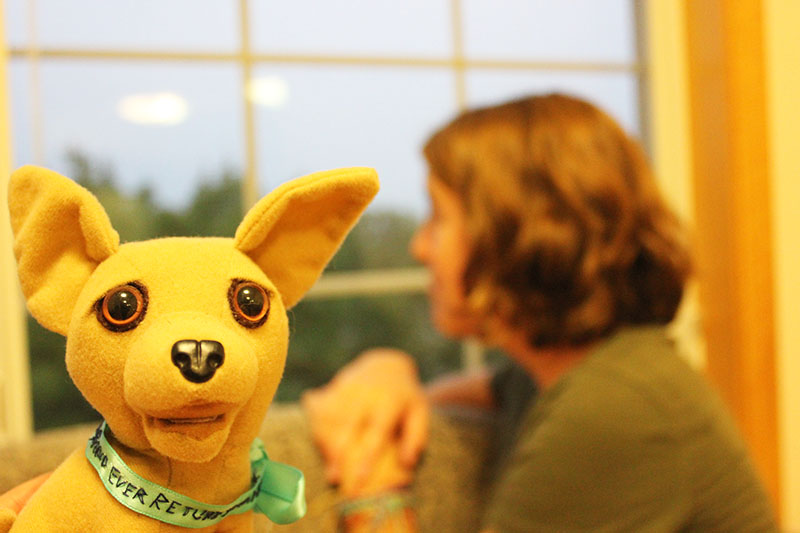 Co-editor Leah Landes wonders whether her stuffed Chihuahua will ever return from war.
Photo contributed by Leah Landes.

Approximately 17 seconds after agreeing to take on a co-editing position for the funnies page, I realized I have no idea what I’m doing and that my sense of humor typically involves insulting or offending others (making me the obvious choice for a humor-based page of a school newspaper). Luckily my much more qualified, significantly more experienced, and exponentially better-at-pulling-off-earrings co-editor imparted some relatively obvious wisdom to me in the midst of a riveting hymn sing and recommended I use this article to introduce myself. So here I am!

You may remember me from the funnies page from last year … just kidding! The one week that my dreams finally came true and I got to write an article was the same week that David Jantz wrote a piece that had no less than 10 million puns related to male sex-organs. Which basically means that I got the shaft and no one even noticed my hilarity.

Unfortunately for you all, I’m back for round two, so here’s everything you could possibly need to know about me: