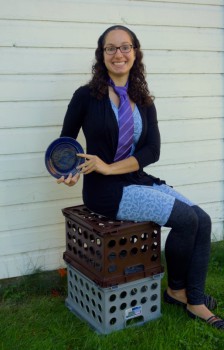 In a shocking development this weekend, hundreds of former Goshen students descended upon the Goshen campus like a pack of vultures.  Thanks to Goshen’s superb preparation for life in the “real world” (rather than our imaginary college experience), these former students have plenty of money to donate.

Many events were held in celebration.  To the astonishment of the multitudes, most of them began with the word “Homecoming.”

The college kicked off the weekend right with Homecoming Convocation.  James “Purple Tie” Brenneman stepped to the pulpit and promptly introduced his introducer.  On a completely unrelated note, the number of Google searches of “Squindling Brothers” between 10 and 11 a.m. increased to an unprecedented seven.

“Purple Tie” eventually got around to handing out awards.  He demonstrated his characteristic wit with insightful comments like, “I particularly enjoy your Facebook page.”  I can only dream that someday, I, too, can have my Facebook page admired by infamous social media guru “Purple Tie.”

In a show of support for the controversial Westlawn Dining Hall, award recipients took pictures with plates.   Unlike many upperclassmen, they returned the plates afterward. Alumni love giving back to Goshen.

Homecoming Play presented the difficulties and complications associated with “Menno Pause.” Apparently, in the ‘60s, a group of students was audacious enough to start this underground newspaper critiquing the administration.   Thank goodness we don’t have to worry about such a thing today.

According to the Play’s portrayal of dorm rooms, Goshen has come a long way in the realm of stackable furniture since the plastic crates they used in the ‘60s.  The Play was followed by the first interesting question and answer session ever to take place on the Goshen campus.

At Homecoming Picnic, AVI served delicious Homecoming Bread, which I definitely did not remove from the premises and eat over the rest of Homecoming Weekend.

Homecoming Gala was a spiritually moving experience.  That is, the choir members moved, with varying degrees of comfort and enthusiasm, while they sang spirituals.  Meanwhile, Jake Smucker’s magnificent composing talent was transcended only by his magnificent mane.

Thanks to Sauder’s wonderful acoustics, you could hear a pin drop.  Or a violin.

“But what could possibly follow Homecoming Events?” you might ask.  Don’t despair!  Come to the Non-Homecoming Adelphian Apple Fest, Friday night at 7:00.