Todd Davis, a poet, academic and teacher, is coming to Goshen to perform poetry from his new book, In the Kingdom of the Ditch. Davis is an Elkhart county native and taught in the Goshen College English department for 6 years, from 1996 to 2002. Davis now teaches creative writing, environmental studies and American literature at Penn State University’s Altoona College.

Davis’ poems have won the Gwendolyn Brooks Poetry Prize and have been published in magazines and journals such as Poetry Daily, Orion, North American Review and The Christian Science Monitor, among others. His works have also been featured on Garrison Keillor’s “The Writer’s Almanac.” His poetry books include Ripe, Some Heaven and The Least of These. Davis’ work also includes texts on Kurt Vonnegut, John Irving and postmodern humanism.

Reflecting on themes such as family and aging, In the Kingdom of the Ditch came out June 1st of this year. It has been called “remarkable” by the New York Journal of Books, and the Chicago Tribune commends Davis’ book as it “leads the reader deeper into the difficult gifts of being a father.” 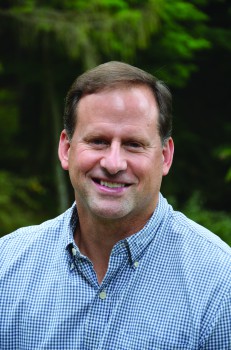