Martin’s lip: In defense of fuzz 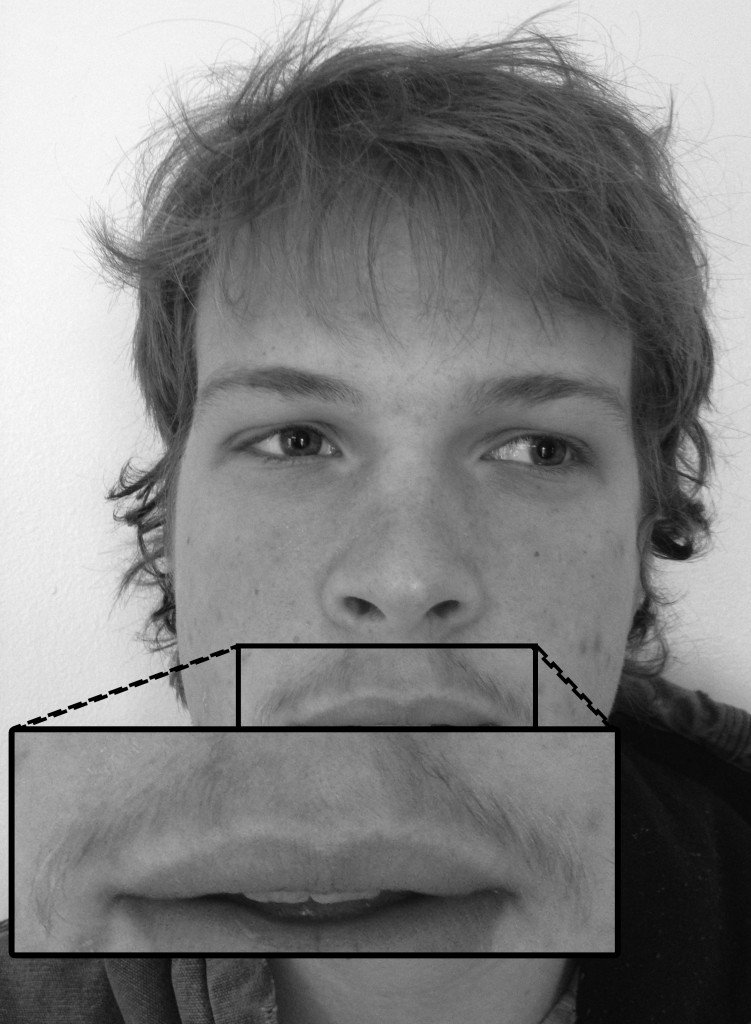 Welp, it’s that time of year again. We can finally escape razors, shavers, clippers, tweezers and wax for a whole month and celebrate what is universally known as “No Shave November” (NSN). This is your chance to refuse to conform to a hair hating society and celebrate your body by embracing the hair, fuzz or fur on your faces, armpits, legs, etc.  If you can’t already tell, I love NSN because it gives me an excuse to ignore the fact that I can’t grow any respectable facial hair but still flaunt my fearless face fuzz.

My first year I was three weeks into NSN before Laurel Woodward asked “are you doing NSN?” She was the first person to notice. Last year, for the first time, I started growing a noticeable chin strap. It was exciting to see that I could grow about 500 percent more hair, but disappointing because I didn’t have much of a mustache. So I decided to not shave my upper lip. I just let my lips free and I haven’t trimmed my ‘stache since October 31 of last year.

Let’s put that into perspective. When I started to grow my mustache Romney had not secured the Republican nomination, the summer Olympics were months away and nobody had even mentioned “iPads” and “first-years” in the same sentence. Babies have been conceived and born since I started growing my mustache.

“Why?” you might ask. I’ll give you ten, no, eleven reasons: Sean Connery, Martin Luther King Jr., Mahatma Gandhi, Frieda Kahlo, Ron Burgundy, Albert Einstein, Paul Meyer-Reimer,  Theodor Roosevelt, Larry Bird, Mohammad Rasoulipour and the Beatles (a clarification: Hitler did NOT have a mustache. He simply had ungodly nose hair).

If you share my passion of NSN and want to celebrate facial hair, I am pleased to announce that I am making a “mustache touching” form available. Since my mustache is fragile, only a limited number can have access.  Just fill out the following application, bring it to Kenwood, or put it in campus mail, and it could be you! 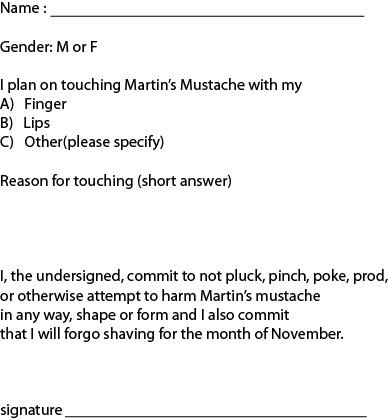