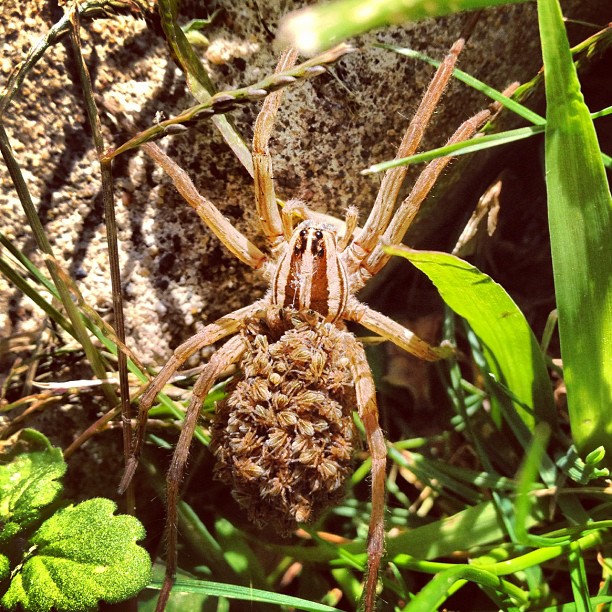 Alex Pletcher’s arms swing about excitedly and his speech tempo picks up as he shows off pictures he has been taking on his iPhone. With one finger he flips through a leaf covered in delicate crystals of frost, a spider the size of his palm with tiny baby spiders enveloping its back and road kill. His energy is palpable as he exclaims, “I want to find ones to impress you!”

Pletcher, a junior, may be best known for the pictures he has taken for Goshen College. The GC website is plastered in Pletcher. Pletcher has taken the Photo Communication 1 and 2 courses at Goshen but claims sheepishly that he already knew most of what was taught.  His real learning experience came from field work. Pletcher began working for the college after a friend in the public relations office noticed the need for photographers and recommended him. Since then he has covered many college events and taken staff photos. He has also photographed three weddings and 10 sessions of senior pictures.

Despite feeling lucky that Goshen College gave him the opportunity to use his photography, Pletcher would love to be known for more abstract work. “I want [viewers] to look at the photo and have no idea what it is,” said Pletcher. “I want to take completely normal everyday crap but you can’t tell what it is because it is abstract.” He wants his audience to have to work towards discovering a story in his photography–one that they can never truly know.

Pletcher owns a Canon 7D camera but his primary method of capturing images is with his iPhone. “It’s not about the camera, it is about the photographer, the vision,”  said Pletcher. After a pause he added, smiling, “I also love telling people I took it with my iPhone.”

Photography is a large part of Pletcher’s everyday life. He takes photos for Goshen or the Record about once a week. On days when he doesn’t have any photography engagements, he will still average about five photos just for himself.  “I see things screaming to be photographed,” said Pletcher. But he takes his time with his photos. “I will walk around a tree for ten minutes trying to find the perfect shot, the way it wants to be seen.”

Right before he takes the picture, the moment before he presses down the button, Pletcher always asks himself: is there anything in the frame that doesn’t contribute to the photo? “You don’t take a picture, you make a picture,” said Pletcher.