“The Rage” Maybe Not Such A Bad Name After All 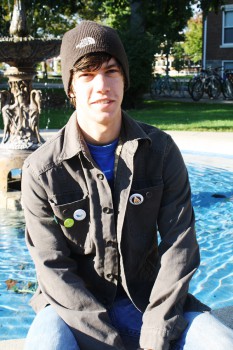 50 percent Ice-Berry Blue, 40 percent Mountain Dew, 10 percent ice, and 100 percent delicious. This is the ideal recipe for ”Ice-Berry Dew,” one of the most excellent beverages to ever enter my tummy.  If you’re wondering what I’m talking about, then you are either new to this school, or you have failed to grasp the finer things in life when you had the chance. This year, it seems to be the general consensus that AVI Fresh is purely wonderful and that we are all happy to see Sodexo good and gone forever–would everyone agree with that? Not I.

Sure, AVI Fresh has brought some great new things to our tables, and I’m not saying I don’t like their service, but how can we be so quick to forget all the things that were taken away from us? For instance, regular spoons — several times a week I love to indulge myself in some delicious cereal, but these days, whenever I take a bite of Frosted Flakes, the only thing I taste is soup. Why is that, you ask? Because a soup-spoon is the only utensil in sight capable of getting cereal from the bowl to my mouth. Such an unruly tool of dissatisfaction is the work of the devil if you ask me. Also, you would think a dining hall would have a microwave in it, but apparently it isn’t ‘Fresh’ enough to warm up my cookies so they melt in my mouth like God originally intended they do. Want more? It literally took me 30 seconds to compile a page-long list of the things I miss from last year. Here are a few of them:

It’s not just in the dining hall either; it’s in the Leaf Raker as well! I know for a fact I wouldn’t be half the man I am today had I never tasted the Indiana Cheese Steak. Now I don’t feel like a man at all. Why? Because the Leaf Raker made it very clear to me that they would rather address me by an order number than a name. What used to be a rather hard to interpret ‘Michael’ has now become ‘36’. Am I just a number to you people?

So even though I must say AVI Fresh has brought a nice change to the dining hall, I’m a little disappointed that we have all said goodbye to the perks of Sodexo so easily. Rest in peace Ice-berry Dew. RAGERa