Change we can’t vote for 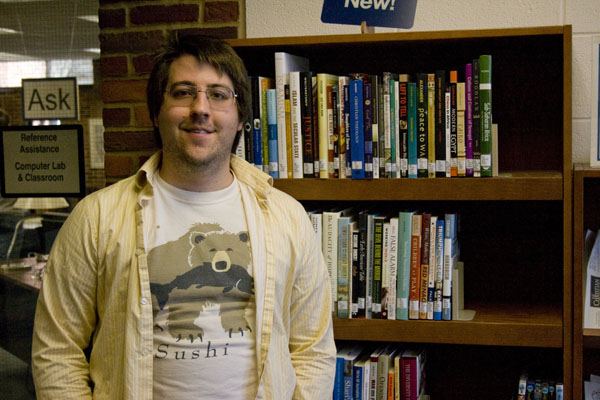 Allow me to begin by stating that I did not vote for Barack Obama in the 2008 presidential election. Neither did I vote for John McCain. I didn’t vote for Ralph Nader, Cynthia McKinney or any of the third-party candidates. In fact, most people would say that I didn’t vote at all.

However, I would insist that I voted my conscience by not casting a ballot for any of the candidates.

I did not vote in this country’s latest election because I do not believe in the overarching motives and ideologies that rule the United States of America. I do not support the overt pro-capitalist leanings and the myriad connections between the government and the big business industries.

I despise the under-representation and dismissal of the majority of citizens – including the poor, disadvantaged, non-educated, non-elite – particularly when politicians and government representatives often profess that these people are the ones they most care about.

I am disgusted by the regular and often institutionalized rape of less industrialized countries, as well as the blind eye turned toward similar travesties perpetrated by other nations. I refuse to associate myself with a system of government that, more often than not, does not have the interests of its citizens – those who give them power – and all citizens of the world as its top priority.

I know that many people will curse me, accusing me of apathy and a lack of respect for the country that gives me such great freedoms.

First, I hope that these people will recognize that I do care deeply about the human condition and the methods of organization that societies have adopted in order to exist and function. I have engaged in the political spectrum, considered the situation and made an informed choice. Please don’t call me apathetic; it’ll just piss me off and won’t get either of us anywhere.

Second, I am aware that being born in the United States of America has given me a great advantage regarding my comfort and education. However, this does not grant me special privileges or rights, which most global citizens do not possess.

While I am a part of this participatory political culture and an interested member thereof, I don’t believe in the system that it operates within and cannot support its continuation by participating in general elections.

Many peers who agree with my non-capitalist, non-democratic stance believe in “working within the system.” I don’t buy this perspective; it smells like selling out to me. Of course, many people will ask how I propose to fix the problem and what my ideal government would look like.

First, I suggest living simply and openly, sharing your possessions or viewpoints – economic, informative, emotional, and spiritual – with others. This never ceases to sprout new understanding and increased empathy.

Second, challenge mainstream assumptions and investigate alternatives to these concepts, which often seem etched in stone. Is a two party system the best or only way to run politics? How was George W. Bush elected twice? Will Barack Obama lead this country powerfully and gracefully and fulfill the promises he made to you, the voter? How is the government actually kept accountable?

Finally, I urge you to write down what you actually believe in regarding our governing body and the human condition as a whole. What you end up writing may surprise you, and you could end up re-examining an issue you thought you had figured out.

This process of self-discovery and the potential for new and funky-fresh ideas are two of the things that America does right. Why not give them a try?

Ben Jackson is a senior English major with a minor in sociology/anthropology from Lancaster, Pa.