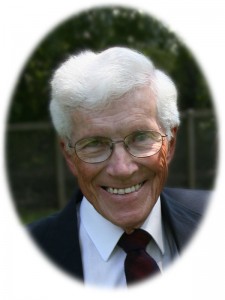 My father, Dr. Willard Krabill, died as this semester was beginning.

He was a man of incredible perseverance who worked hard to make the communities that he was a part of thrive. He did not particularly like to be at the center of attention, but he ended up in public roles anyway because he wanted to bring about change.

Part of me would like to tell you about his accomplishments, but other people have done a very fine job of that. Also, that doesn’t seem important right now.

My family watched, heartbroken, as my father struggled with cancer. I experienced the disease as one that left very little dignity for the man it claimed – a man who deserved and desired dignity as much as anyone I know.

By the last week, my family was with him around the clock, taking shifts to give him the medication that minimized his pain and confusion. In the end, we wanted to be some kind of midwives who could help him move into his new world, leaving us behind. In the end, we watched him breathe.

My father delighted our family. The end of his life was more exhausting than anything I’ve ever been a part of, but the shared experience brought us together in a way that I don’t think anything else could. Maybe it was Dad’s last gift.

Goshen College was a big part of his world, all the way back to when he was a young man. I would like you to be inspired to change your world in the way that he was inspired, beginning when he was a student. But even more than that, I hope you will make choices that will nurture lasting relationships with the people around you – relationships built on respect and honesty and love.

For each of the last five days of Dad’s life, hospice nurses told us it was likely he would die that day. But it became pretty clear that – though he was ready to go – he was having a very hard time leaving his family, gathered together as we were.

I hope that each of us can live lives that make leaving the ones we love just that hard.

Merrill Krabill is a professor of art at Goshen College.