The men’s and women’s track and field teams traveled to Trine University in Angola, Indiana to compete in the Sean Brady Alumni Invite on Saturday.

This was the third meet of the indoor season. The men’s team scored 22 points and placed 10th of 14 teams, and the women placed 14th of 14.

The track and field team is meeting the beginning of the season with firm optimism all-around. “I feel like we are in a good place,” said distance coach Rustin Nyce. “There are some very encouraging aspects of our first races of the year.”

Athletes on the team have set their sights on joining their teammate Summer Cooper at the indoor national meet in Brookings, South Dakota in March. Goshen College’s next meet will be on Saturday at Purdue University Fort Wayne to compete in the Mastodon Invite. 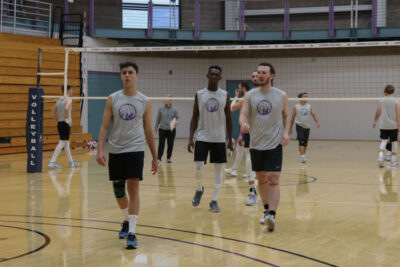