On the south side of Goshen,Yoder-Culp Funeral Home is quiet.

Death passes through its rooms every day. It stops for no one.

“Sometimes they’re still warm when [we pick up the body],” said Tim Yoder, 70, owner of the funeral home. “Other times you go to a big city hospital, the body may be there a couple of days and then they’re cold. I mean the feeling is that the blood isn’t moving there. It isn’t something that’s necessarily normal; I think you have to become acclimated to it.”

On a daily basis, Yoder comes face-to-face with death.

Living and working in one’s home community means that some of the bodies that come through are acquaintances, or even dear friends. For some, the thought of dealing with the dead body of a person they used to know is difficult to imagine.

“For me, it’s almost kind of the opposite,” said Colin oder, Tim’s 36-year-old son. “I want to do it for the people that I know, because I’m providing them the service. And I’m hopefully being able to do something that in the end is going to be a good result for them. And it’s going to give them comfort. And now I know that I’m doing something positive for somebody that I’ve known for a long time.”

This care for community manifests itself in care for the dead; specifically, the dressing and preparation of bodies.

“We call it restorative arts,” Colin said. “We’re looking to try to restore features and things like that so that having that viewing experience is a positive thing for the family. It’s bathing, shaving and closing mouths and eyes. You want to pose hands in a natural way. There’s dressing and there’s cosmetics and hair styling and painting nails.”

A funeral can provide a final chance to bring a body back to its more natural form — to portray a personality.

“When you’re in a nursing home for whatever amount of time,” he said, “you’re not going to the hairdresser anymore. You’re not putting on your normal clothing, or doing your nails. When that person passes, and they come here, and we do those things for that person again, it’s just like, you know — ‘that is how mom used to look.’ And you can lose that in those kinds of situations where someone is ill and see they’re not doing the things that they would have normally done had they been healthy.”

It can be hard to think of death’s practical implications. There’s a body to be moved and a quick timetable by which to move it.

“When they talk about dead weight,” Tim Yoder said, “when a person dies, you need to move their body from wherever that place the death is back to the funeral home. It is difficult to move a body physically because you have to do all the work yourself. You know they’re not helping you do anything like that.”

Death comes on weekdays and weekends and holidays, at any time of the day or night.

“We don’t use an answering service,” said Tim. “When people call no matter what time of the day or night we have somebody here that answers the phone, and they’re talking to a licensed funeral director who can help them make good decisions. People want to know that they have been listened to. They haven’t been pressured; they’ve been allowed to make decisions that they can afford to pay for.”

How does one go about becoming acclimated with death?

“I don’t know,” Tim Yoder said. “You don’t adapt to death. But I think you’ll learn to appreciate life more.”

Being a funeral director is heart-wrenching. It’s exhausting. It requires emotional labor.

A job of such emotional intensity isn’t easy, the Yoders said. “But the real neat thing about this job and doing it in the community that you grow up in,” Colin Yoder said, “is that you’re providing a lot of service for people that you’ve known for a long time. In that regard, it actually provides a lot of satisfaction.”

I asked Tim Yoder what he wanted his own funeral to be like. His eyes got glassy.

“I want my children to share,” he said. “I want them to be a part of it. And the grandchildren, if they’re old enough. Play their musical instruments. Tell stories about Grandpa. That’s what we did for my dad. Kids shared. We kind of did it ourselves. I don’t want it to be long, but I want it to be personal.” 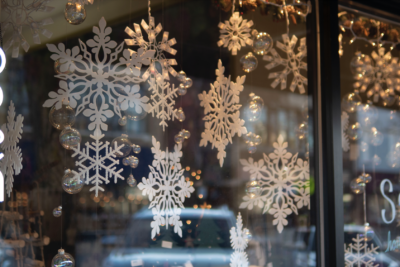 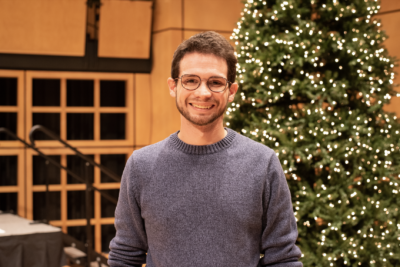