One of the things I’ve been struggling with this semester is the awareness that, when I graduate in the spring, I won’t have completed a full Study-Service Term semester.

My requirements will have been met — don’t worry, faculty advisors — but I won’t have the experience of spending an entire semester in another country. And that feels strange, because SST has always felt like something of an inevitability for me.

When I committed to GC my senior year of high school, I told several GC alumni at my church that I would be attending. Their initial responses usually involved SST somehow — “Such a great place! And I’ll never forget my SST.” As I packed for my first year of college, I would often scroll through the colorful pictures on the SST webpage. There was never a moment I even considered not spending a semester abroad.

So, when I signed up for an Ecuador SST unit that was set for the fall of my senior year, and when the unit was canceled due to lack of student participation, I wasn’t sure what to do.

There were no other full-semester SSTs at GC that I could make work with my senior year schedule, so I found a program in Peru with another college, filled out the application as quickly as I could, interviewed, and was accepted. All that was left was to submit my official commitment to the program.

But for some reason, I just couldn’t do it; I couldn’t bring myself to say “yes” to this thing that I had always assumed would be a part of my college experience. And at the same time, I felt as though a “no” would make me a bad person. I thought that, maybe, if I didn’t go on SST, I would be missing some crucial link in my head that made me a “GC graduate” and a morally upright, socially aware human being.

When it got to the point where I was having stress dreams every night about the big decision, I texted the smartest person I know — my dad. Below is the unedited text that I sent him, in all its typo-ridden glory (see “fregret”):

“ahh i have literally never been so conflicted about something before. like what if i don’t go on SST and it would have been a super life-altering experience and i’ll just fregret it forever.”

And this was my dad’s response:

“The truth of the deal is, everything you do changes you. An SST feels more intense because every single thing in it is new, but that doesn’t make it deeper or more life-altering or whatever. The next piece you sing or the next book you read could in the end have the same weight.”

(Yeah, he really texted that exact paragraph. Not a typo in sight. Like I said — smartest person I know.)

I don’t think my dad realized how much I needed to hear that exact sentiment at that exact moment. But it helped me come to the realization that, honestly, maybe I wasn’t ready to commit to a full SST.

I still wanted some kind of cross-cultural experience in college, so I went for a slightly smaller commitment — a May term in Guatemala. It was one of the best months of my life, and I wouldn’t have changed a thing.

It’s so interesting to look back on the choices that we’ve made throughout our lives and imagine making any decision other than the one we made. Whenever I try, it feels impossible, like I’m coming up against a mental brick wall. And this is reassuring to me, because it shows me that, in that instance, it just wasn’t in the cards for me to do that Other Thing — to make the choice that I didn’t make.

I’ll always kind of wish that I had gone on a full SST. But I’ll never wish that I hadn’t gone to Guatemala. So I guess the point I’m trying to make here, in a sort of rambling, convoluted way, is that regret is pretty pointless. As my dad said, “everything you do changes you,” and if unexpected circumstances arise and you don’t get to do that thing you’ve been looking forward to for years, other opportunities will find their way to you. 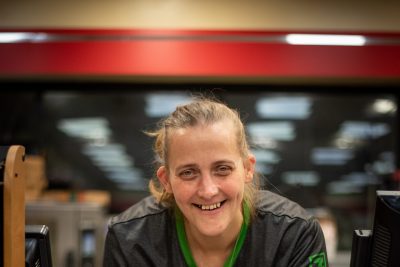 A night at the gas station: Goshen’s secret community hub