How did students spend their online learning days during Winter Storm Landon?

There’s nothing better than waking up and realizing that you don’t have to go to school because it snowed.

As a child I would spend my snow days sleeping in, reading books, cutting paper snowflakes and, most of all, playing in the snow. Unfortunately, the Internet has managed to infiltrate our days off from school, so this past Wednesday and Thursday were actually just normal class days on Zoom.

Me and my friends, however, decided to make the best of our snowday-esque time. First we woke up and made blueberry pancakes. Next we went on a snowy walk which included throwing snowballs, taking pictures, attempting to build snowpeople and climbing snow banks. Finally we returned home to drink tea and do our homework before attending our Zoom classes.

Maybe someday we will have a real snow day again. 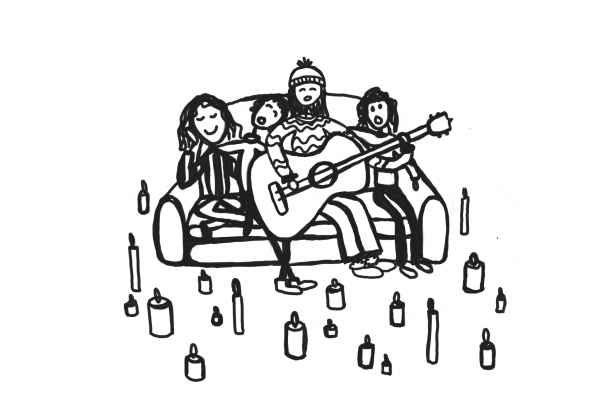 On Wednesday, Feb. 5, my friend and I returned to our off-campus house across from Howell after another long day of school, only to find it pitch black. If you guessed that we lost power because of the snow storm, you’d be correct.

I entered the back door as usual and shuffled my way into the living room to find that my friends had busted out a guitar and were jamming around the candle-lit coffee table. I threw my backpack down and immediately joined them on the couches. At least we had a real excuse for our late assignments, and we could hang out with each other, since there was nothing we could do about it.

Thankfully, the power came back on in the middle of the night and we weren’t freezing. In a way, I’m glad the snow caused us to lose power because I was able to slow down and be present with people I love. 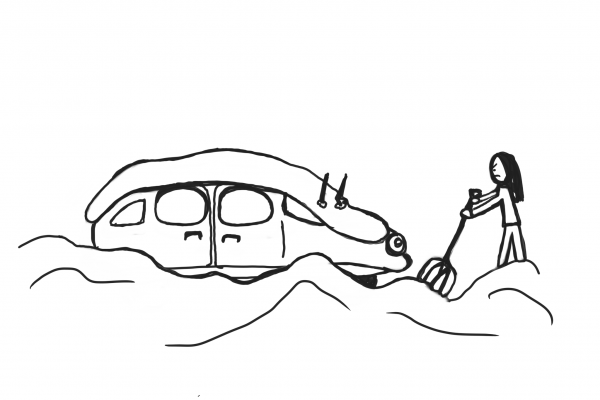 I live in an apartment building, and my landlord isn’t great about plowing the parking lot on any sort of timetable. After 30 minutes of digging and scraping on Friday morning, I got behind the wheel of my poor, dinky sedan only for the engine to refuse to turn over — not for lack of trying.

I would have called it a snow day if it weren’t for an exam that I had to take that morning. I eventually got my car started and even helped out another student who was trapped in their parking lot. Fortunately, I made it to my exam — albeit 20 minutes late. 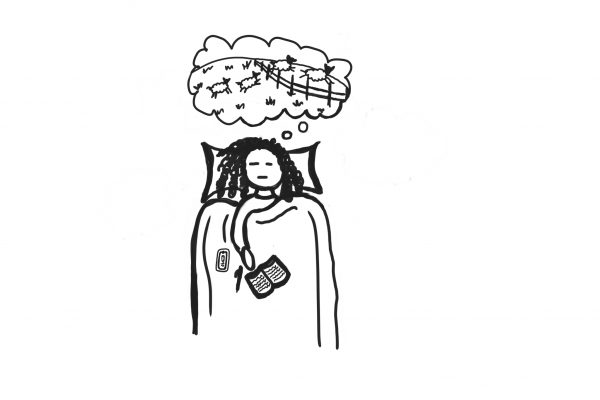 My late nights often consist of scrolling through social media or watching Netflix. But on Wednesday last week, I ditched that plan for homework.

I was hard at work when my entire house suddenly went black. I flicked a few lights on and off. Nothing. I opened the door, shoved my eyes against the cold, frosty window and saw my whole block was also pitch black. Great — the night I decide to do homework.

I took a nap to pass the time and awoke hours later. Still no power! At this point, I was freaking out. I was cold, my homework was not done, and I couldn’t even watch Netflix. Did I mention my phone battery was at 9%?

I quickly emailed my professors to tell them I couldn’t Zoom. I went back to sleep and finally woke up to the lights buzzing on. 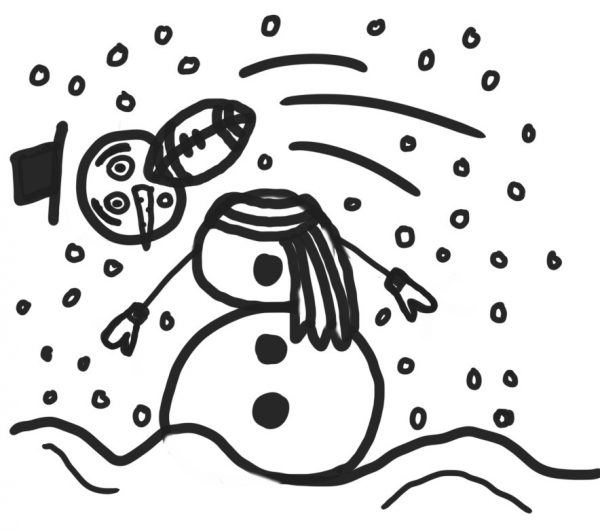 Football started at 4 p.m. on Wednesday, and it was immediately the most intensive competitive event of the year. We were competing against not just one another, but also the wrath of Winter Storm Landon.

Endzones were set up with cones, and the game began. It was a group of numerous students from sophomores to seniors, but it was anyone’s game.

The majority of the plays consisted of hoping and praying that the receiver would be able to catch the frozen football without it slipping out of their grasp.

The game ended with lots of cold hands and a final score that, like many moments in that game, could only be described as utter confusion and up to interpretation.

As someone who has lived in Elkhart County most of my life, I can’t help but think about how severe winter storms like Landon seem to be more random than in the past.

I remember through my childhood and up to early high school that there would always be a mixture of heavy and light snow from mid November all the way to early March. Now it seems like we get one to two days of snow in late November, and then no snow all the way until early January.

I don’t remember the last time it snowed on Christmas, but I do remember just how inconsistent and unpredictable winter snow has become recently. It seems like ridiculous snowstorms will appear out of nowhere, and then melt away the next week, and then appear more severely, or at least surprisingly, all the way to mid-April.

Of course I am not an expert in weather and climate, so my thoughts are anecdotal, but when I think of these patterns, I can’t help but think of climate change.