A chemist with a knack for life-saving recipes

Dale Kempf first put on his white lab coat as a chemistry student at Hesston College in the 1970s. It fit well.

He transferred to Goshen College where he completed a chemistry major. He then went on to graduate school to study organic chemistry at the University of Illinois, where he got his Ph.D. He did post-doctoral research at Columbia University, and then took a job at a pharmaceutical company, Abbott Laboratories, as a medicinal chemist, in 1984.

“I basically used my chemistry ability to make new compounds,” he said. “I would work closely with biologists and other scientists to get those compounds tested.”

Making a new compound is a complicated process, but Kempf embraced the challenge.

“When you make and test a lot of compounds you begin to understand the structure-activity relationship,” he said. “The goal, ultimately, is to keep improving the quality of the compounds until you get something that has the potential for treating a human disease.”

As an organic chemist, Kempf has to understand how different atoms fit together to make molecules: “There are millions and billions of ways that that can happen.” 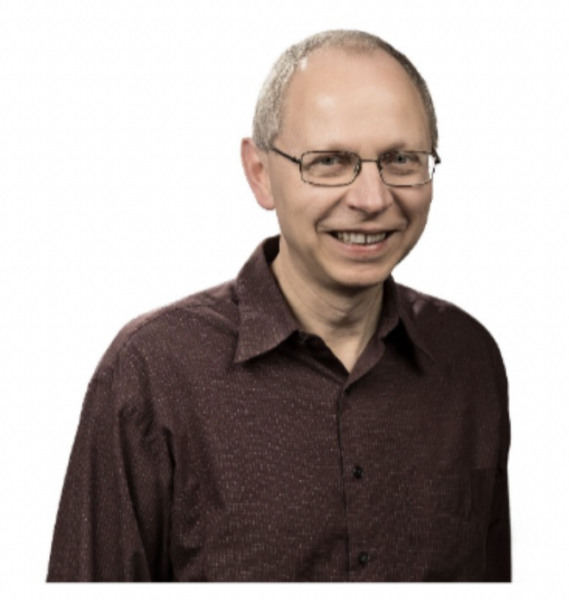 When Kempf is creating a compound in the lab, he does not do anything randomly. “If I use this chemical and this chemical and throw them together, then they react together,” he said, “but I do this in a purposeful fashion, to make new compounds that nobody has made before.”

Before compounds can be tested for activity in a biological system – initially in a test tube, their chemical structure undergoes what Kempf calls “careful characterization.”

“You have to prove the new chemical is the structure you think it is,” he said. “Otherwise, no one will believe you and you won’t believe yourself.”

Naming a new compound is a complicated process in and of itself. “Sometimes the names of the compounds are three or four lines long,” he said. “You have to describe exactly how the different atoms are fitting together all across the molecule.”

It’s a challenge, even for the chemists. “But if they can read the name, then they can draw the structure,” he said. “But it may take a while.”

Kempf’s eyes light up as he talks about his love for chemistry: “I always found that chemistry had a lot of immediate gratification to it.”

Kempf started his work in the pharmaceutical industry in 1984, with Abbott Laboratories, where he stayed for his entire career before he retired in 2020. He worked at the global headquarters, which was about 40 miles north of Chicago, in Lake County, Illinois.

That’s when he found out about a new disease beginning to ravage the country, the AIDS and HIV epidemic.

The epidemic started in Los Angeles when five young men who were otherwise healthy contracted a deadly disease. The early signs of what was found to be HIV and AIDS were headaches, rashes, fevers, aching muscles and more.

The majority of people who got the virus and who died from the virus were gay and bisexual men, ages 25-44. From 1981 to 1990, 100,777 deaths were reported from AIDS and HIV. At the time, Kempf was working on making new compounds that would treat high blood pressure.

“Those compounds were supposed to block the action of an enzyme in a human kidney,” he said. “Some of those enzymes are called protease, which acts like scissors and cut the protein apart.”

While Kempf was working on his protein project, he got an offer that he could not refuse, from his former boss, Jake Plattner, the former project leader for the Renin Inhibitor. The new project went hand in hand with Kempf’s work on protease inhibitors.

Kempf recalled the conversation. “He said, ‘Dale, there’s a new paper out that says that HIV has a protease that’s similar to the one in humans. Can we test some of your compounds?’”

Kempf obliged, but had another idea as well: “If we tried, we could probably make better ones, if we looked at that protease, instead of the human protease.”

Kempf started working on his HIV project on the side until he was able to devote all of his time toward designing new molecules to combat the HIV protease.

Over a period of years, the team grew at Abbott Laboratories and created two drugs, both of which were licensed to treat HIV.

“That was a good 15 years of my career,” he said. “It was pretty much a dream project.”

The first drug that got approved, with the generic name ritonavir and the brand name Norvir, made a difference, but marginally, according to Kempf.

“It was effective,” he said, “and it was one of the first three protease inhibitors to be approved by the FDA.”

When it was approved in 1996, doctors were using combinations of different types of protease inhibitors, which made them all better. Kempf’s addition helped with the process. “They called it triple therapy,” he said.

When the protease inhibitors were approved in 1996, the death rate for HIV went down significantly.

Still, he said, “We knew we could do better. So, we came up with a combination of two protease inhibitors.”

This created a second regime, known as a combination of two compounds, lopinavir and ritonavir, with the brand name, Kaletra, which worked measurably better than the first.

During the research, Kempf and his team made an accidental discovery.

“Our first drug was good at inhibiting HIV protease, but kind of by accident it inhibited a different enzyme, which is actually responsible for breaking down other drugs,” he said.

Kempf said that if low doses of the first compound were used with others, then those compounds would stay in the blood of patients for longer and would increase how effective the drug was against HIV for the patient.

The Kempf compounds were widely adopted. “Other companies began combining their compounds with our compounds,” he said.“We call that ‘boosting,’ because it made the other compounds better.”

The boosting was not only used for HIV. It was used for hepatitis C and, most recently, in a drug called paxlovid, which is a treatment for COVID. Patients, especially abroad, are still treated for HIV with the compound that Kempf found.

“I’d be at a meeting,” he said, “and a patient would come up and say, ‘Thank you. You saved my life.’ It’s kind of awesome to think about. I am fortunate to do the kind of work that I love and enjoy.”

Creativity and passion from behind the counter