Bontrager-Thomas was presented with the competition’s grand prize for her collage collection, entitled “An Ode to Blackness.” 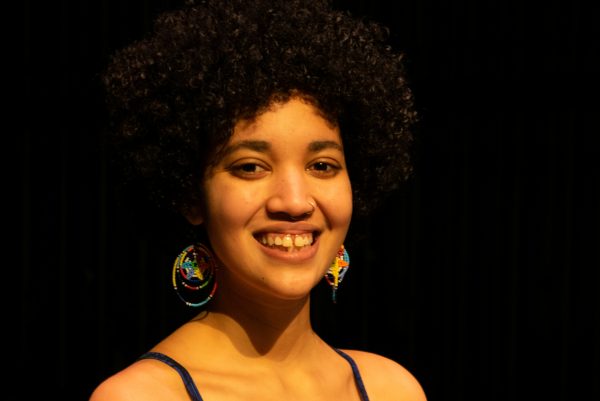 “I began this work as a theater project a little over a year ago, as a response to the lack of Black stories in the theater industry,” she said in her artist statement. “During that time, I interviewed several African American families and friends about their experiences in a Black body and around systemic racism.”

She continued, “The collage collection is the first draft of the play, which I am currently developing to be my senior theater recital…This piece is something I am very proud of, and I can’t wait to share it and the stage with my community.”

Green’s spoken-word collection, entitled “Wishful Worries, White Walls, and These Experiences are Not Illusions,” won first prize in the category “Voices of the Movement.”

“I just kinda took my Black experience, so me as a Black sister, as a Black student, and then…tackling the bigger issue of racism in America,” she said.

In the first three pieces, Green tells us of her experience as a Black woman – the joy of family life and childhood, but the looming fears of racial profiling.

At one point, she says: “I wish police officers who placed us in a confined box would see what I see. I wish they heard the barks of our first dog and the scattered giggles that filled the house’s crevices.”

What does Green want to see change?

“White people doing the work, especially at Goshen College, a predominantly white institution,” she said, “There have been a lot of experiences I’ve faced on campus with racism, and I’ve only been here a year, and so have my friends. For a campus that’s so progressive, I would like to see more things done.”