The Dawg thrills with hops and high notes

This is The Dawg.

The Goshen-based trio is comprised of Duane Gundy on mandolin and guitar, Jim Shenk on guitar and pedal steel guitar and GC art professor, Randy Horst, on upright bass.

On Wednesday, Sept. 25 at 7 p.m., the band played underneath a black lawn canopy with GBCo’s lettering and hop seed logo.

On the grass, patrons sat on lawn chairs and milled about with beer and food in hand as the sweet sounds of folk music filled the air.

Shenk makes instruments for a living, producing mandolins, guitars, and even pedal steel guitars– console-styled steel guitars with pedals and levers like a piano.

“Actually all the instruments you saw [Shenk] made, other than my bass,” said Horst.

The Dawg got its name from another band. Band members Gundy and Shenk had formerly been in a band called Drop the Dawg. After a member of Drop the Dawg left, Horst joined in on the fun. They decided they wanted a new name to match the new group dynamic, so they dropped the “Drop” and became “The Dawg.”

On Wednesday, the band’s sound consisted of soaring vocals, plucky mandolin and guitar, and solid undertones from the quick plucking of the upright bass.

“We work hard on harmonies… it’s important to us,” Horst said.

And it showed. High harmonies interlocked perfectly to create a sound that was reminiscent of Crosby, Stills, Nash and Young’s song “Helplessly Hoping.”

Gundy and Shenk switched between lead vocals and middle harmonies, while Horst contrasted the low notes of his upright bass with high vocals.

The band offered their take on multiple songs, with tunes ranging from The Grateful Dead’s “Friend of the Devil” to The Beatles’ “When I’m Sixty-Four.”

Junior Heather Gabel took in the concert from a spot on the grass. As she listened, she remarked that Gundy’s vocals were “the perfect amount of raspy and smooth.”

Around the half-way point, the band took a break to stretch and mingle with the audience.  Afterwards the band took the stage and joked around while they tuned their instruments and adjusted the stage lights to combat the increasing darkness.

The second half brought another musician with ties to GC. Skip Barnett, an adjunct English professor, was featured in the band’s rendition of “Wagon Wheel” by Darius Rucker.

But his musical contribution brought the opposite, adding a gritty and beautiful flavor from his harmonica to the group’s sound.

For Gabel, Barnett was “the cherry on top” to the band’s sound.

After his feature, Barnett left the stage for a few songs. Shenk then broke out the pedal steel guitar on a song dedicated to Gundy’s wife who had turned 50 years old, “or somewhere in that ballpark.”

The evening wound down around 9 p.m. with good food eaten, local beer drunk and folk music floating up into the night sky. 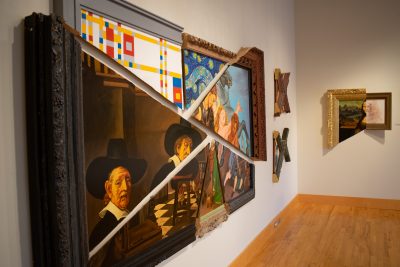 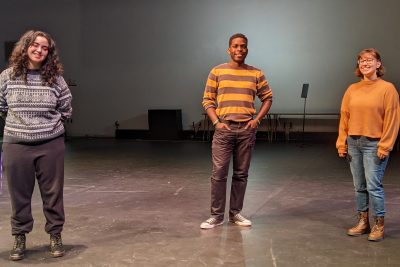 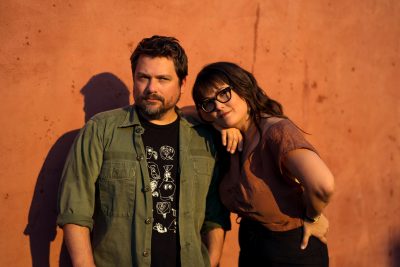