As Goshen College is preparing to host their annual Christmas music concert, Festival of Carols, students and staff are working behind the scenes to prepare for the three highly anticipated performances. This year, the festival will also be recorded by FiveCore Media for a PBS special. 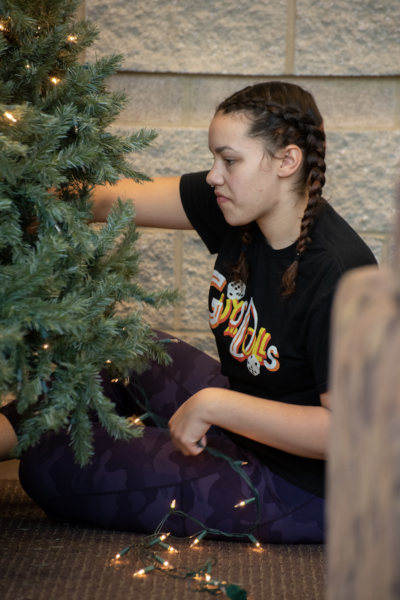 The festival is being produced with the help of students, including Tyson Miller and Sarah Miller.

“Festival of Carols is different from our other shows in that it’s cue based,” Tyson Miller said. “So a lot of it is coordinating that with the start of the show. Once we get going, it’s a lot of wrangling performers and making all the necessary stage movements.” 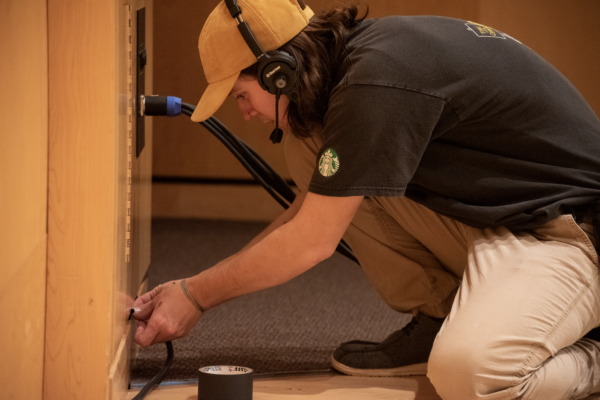 Decorating the Music Center and Sauder Concert Hall requires many hours of work from students.

“Luckily our whole crew stepped up in a major way to get it done fast,” said Tyson Miller. “I’m super proud of this group of people, we all showed up and worked hard and it paid off in a major way.” “Surprisingly, the decorations were all completed within 4 days,” Sarah Miller said. “In years past, the process has taken several weeks. The production team was very efficient.”

In addition to decorating, countless hours have been put in by FiveCore Media, Music Center staff as well as ITS Media. 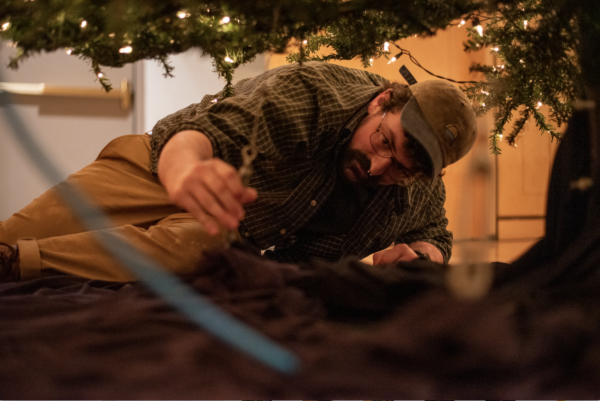 “Now that we’ve got all this preliminary stuff done, it’s coming down to getting through the rehearsals and ironing out the kinks so we’re ready to go on Friday night,” said Tyson Miller.

Opening night will showcase not just the efforts of the student choirs and orchestra, but the behind-the-scenes work that goes into producing the festival.

“My favorite part of the festival is getting to see all of the people that come to Sauder for the performances,” said Sarah Miller. “I’m glad that they come to support live music, but I also am glad that they get to be in the hall while it’s all decked out for Christmas.” 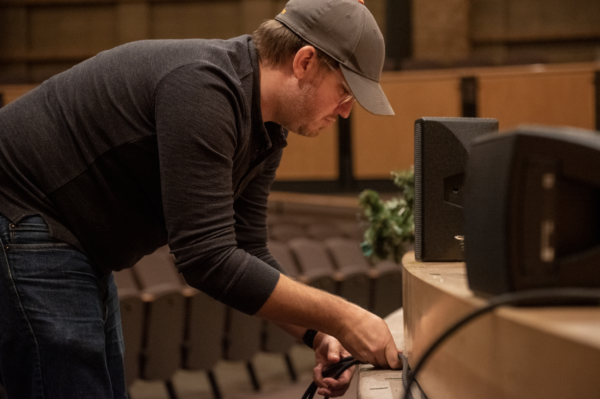 “I love opening night,” said Tyson Miller. “Everyone in the music ensemble works so hard to be ready, so it’s our job to work as hard as they do to get everything ready. So much credit has to go to the performers, I just want to make the show go smoothly, so they can focus on the art.” 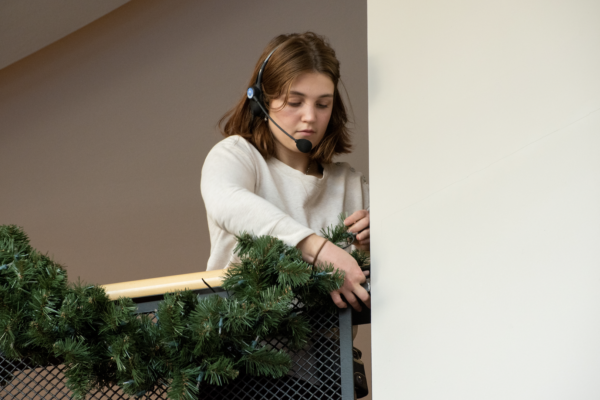 Emma Zuercher finally comes to the end of the garland. Tyson Miller//The Record 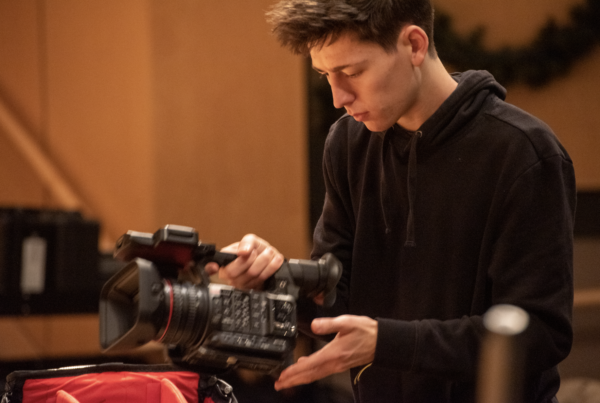