The fall mainstage, “Everybody” by Branden Jacobs-Jenkins, will feature something uncommon in theater productions — an onstage lottery to determine which actor plays which character.

Among the cast, five out of the ten actors have taken on the task of learning five different parts instead of just one. Daniel Stoltzfus, Kate Bodiker, Meredith Blossom, Fatima Rhana and Jocsan Barahona Rosales will take turns playing the titular character, known as Everybody, as well as a host of other characters named after various virtues.

Among all the characters, Everybody has been the most challenging to get comfortable with.

“We’re getting to a point where it’s like ‘OK, we can play Everybody,’” Blossom said. “There was a time where we were all dreading drawing Everybody [in the lottery].”

In addition, the sheer amount of memorization has proven to be challenging. All five of the main actors have had to memorize over 30 pages of text.

“You wish you had five times the amount of rehearsal,” said Amy Budd, the director of “Everybody.” “This cast has made it a lot easier than I thought it was going to be.”

“I’ve done a lot of plays where I’ve had to memorize a lot of text,” said Rhana. “This is especially difficult because I have to know literally everyone’s lines.”

“It’s especially hard when you play one of the non-Everybody characters,” Blossom said. “When all five of the characters are together you have to know each line and who says each line. It’s very confusing.”

“It’s really satisfying when you finally get the scene,” said Rhana.

The non-Everybody characters represent various virtues. The cast uses people on campus to help them think about the best way to portray the character. For example, the character of “Kinship” is loosely based on what director Amy Budd would be like as an aunt, and Seth Smith Kauffman is being used as part of the thinking behind “Friendship.”

“Amy asked who is the most friendly and most Goshen College person on campus.” Rhana said. “I was like — Seth. We don’t pretend to be him, he’s who we have in mind.”

“Everybody” is based on a morality play from the 15th century called “Everyman.” In the play God keeps a ledger of everyone’s good and evil deeds during their life. While “Everybody” doesn’t go that far, it still has things to say.

“It touches on so many things,” said Blossom. “It goes so quickly through so many concepts and ideas and it’s just like — woah. It’s so in your face. I really like it.”

“It’s calling everyone out — that’s the point of the show,” said Rhana. “It’s a call-out post for all of humanity.”

Jocsan Barahona Rosales wasn’t the biggest fan of the play at first, but after he worked with it for some time, it started to grow on him.

“I felt like it was too many ideas,” said Barahona Rosales. “After getting all these reps in, I developed my own ideas and started putting those ideas into the acting that I was doing. We’re putting our own truths into the production.”

While the show has points to make, Barahona Rosales hopes the audience will see through to the points the cast is making.

“I feel like people who watch the show, if they can see our truths, that’s what the message is, not what has been written,” said Barahona Rosales. 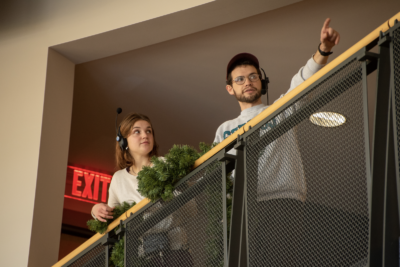 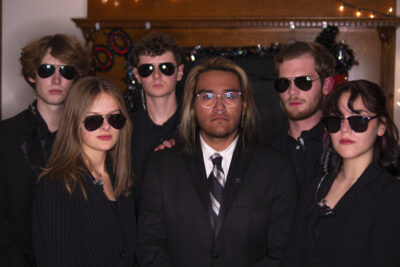