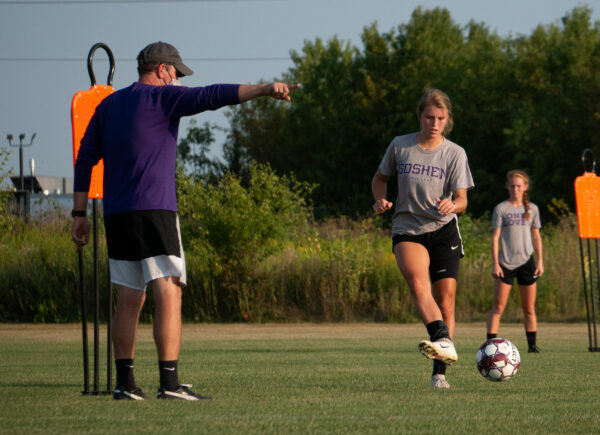 The Crossroads League will feature the same teams competing in a different format this fall season, as the league divides into two divides based on location. This change has been made strictly for the men and women’s soccer season.

Each team will play every team out of their division once and all the teams in their division twice, once at home and once on the road. The top four teams in each division will move on to play in the conference tournament.

“It’s going to create an environment where you’re paying closer attention to the schools in your division,” said Miller. “The only time that’s been true is for baseball in the mid two-thousands.”

This is not the first time in Crossroads League history that divisions were implemented. The two most recent times were in 2005-2007 for baseball only and then in the 2015-2016 season for everyone.

The other time in recent league history was for the 2015 and 2016 seasons, in which the divisions were split based on the record for a team over the two previous seasons and then split the division by ranking on an s-curve. That means the first, fourth, fifth, eighth, and ninth were in one division and then second, third, sixth, seventh, and 10th were in the other division.

The 2020 soccer season is set to begin on Sep. 9 for the men at home against Indiana University East, and the women begin Sep. 12 in Angola against Trine University.