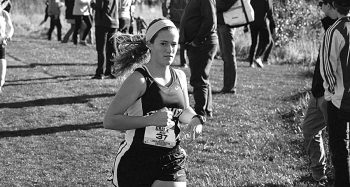 The Goshen College men’s cross-country team finished third and the women fifth as each team kicked of their season this past Friday in a trip to Indiana Wesleyan University to compete in the IWU Twilight Classic.

Sophomore Chelsea Foster led the Maple Leaf women with a time of 19 minutes, 41.5 seconds. Placing her 24th overall in the field. Foster’s time was a new personal best, besting her fastest time from last fall by three seconds which came on the same course during the conference meet on Nov. 5.

Other top-50 finishers for the women included Sierra Ross Richer, a first-year, just behind Foster to place 32nd and senior Jill Steinmetz at 34th. The two finished the five-kilometer race in 20:15.1 and 20:21.4 respectively. Sophomore Nora Rangel rounded out the top-50 Leafs qualifiers with a time of 20:47.6, 71 to grab 44th overall.

The women placed fifth out of nine teams. CL opponents Taylor, IWU and Spring Arbor finished in the top three in that order. Just a year ago at the same event, the Maple Leafs placed 11th out of 13 teams. In that event, the Leafs also trailed all the other six Crossroads League that participated.

Following women’s action, the GC men kicked off their season with three top 30 finishes. Leading the way for the Leafs was sophomore Steven Cranston who ran a 26:21.0 and placed in sixth place.

Freshman Quinton Read made his collegiate debut by finishing 27th with a 27:12.0 time. Just three seconds and two places behind Read was sophomore Juan Perez who ran a 27:13.3 to place 29th.

Both teams will be in action this Friday as they travel to Carmel, Indiana to compete in the Crossroads League Preview.