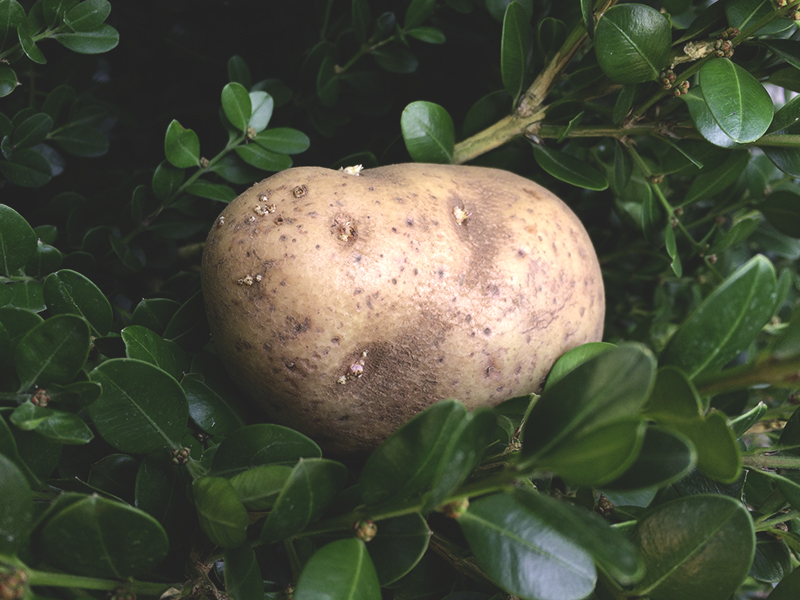 A tater tate-ing in an artfully arranged shrubbery outside the student apartments. Photo by Monica Miller.

As I’m sure you’ve already realized from my superior introductory remarks, I am NOT a Funnies editor. But one does not simply introduce themselves in an article; a life-or-death game of riddles in the depths of a cave is more in line with the company I keep. So. You will have to guess. This guessing game stands on the edge of a knife. Stray but a little, and you will fail, to the ruin of all. (No pressure.)

This game is scored. Figure out who I am, or at least count how many Lord of the Rings references you find, and 10 points will be awarded to Gryffindor. So it begins:

On September 11 this year, I may or may not have eaten seven square meals, in keeping with respectable Hobbit culture. (I’m always hungry, always need to feed.) I DO know what potatoes are. You don’t need to tell me. However, I realized rather recently that the milkshakes at Java do not come in pints. I’m not getting one.

Like a good Goshen Mennonite, I have relatives who are on staff here. The same blood flows through my veins, the same weakness for Goshen. I asked for one campus job…and they gave me three.

I am not 87 years old, but I am older than most of my fellow sophomores. Hobbits would consider me outlandishly tall, and I’m from near-ish the Pennsylvania shire. I am white but not wraithist, despite occasionally dropping the n-word “nazgul.” You might think, “No man can write this awesome of a Funnies article.” Well, I am no man.

I suppose you think this is terribly clever, but don’t be hasty. (That only counts as one.) We’re not out of the Mirkwoods yet. There is more to this writer than meets the eye.

A day may come when I lay down my instruments, but it is not this day. This day, we play. Because there is still some good in this world, fellow orchestra members, and it’s worth playing for. But I loaned my bow to Frodo, so I might have to sit this next concert out, sorry violin friends. I would have played with you to the end.

My name is Roger the Shrubber. I arrange, design and sell shrubberies. Though some call me Tim. I also like to mislead people by quoting things other than Tolkien. Now go away or I shall taunt you a second time.