Mikol Aspinwall: In college at 13 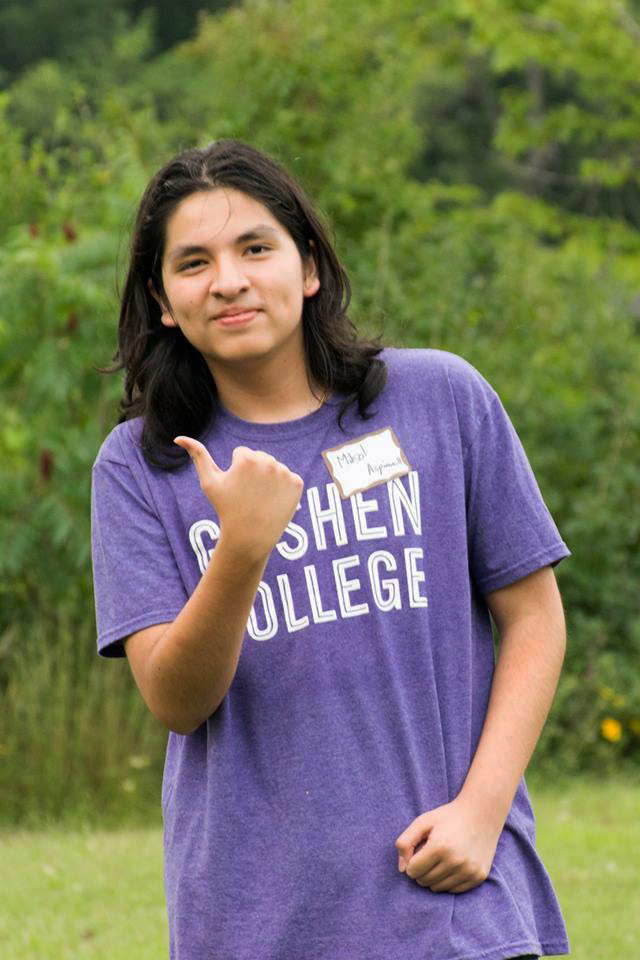 Mikol Aspinwall likes playing American football, commutes to college from his parents’ house and sometimes works on homework in the Union while he waits for a ride home. He generally finishes it on his own, but his mother occasionally checks in to see that the job is done. A first-year at Goshen College, he is a computer science major and comes across as quiet, intelligent and focused. And at 13 years old, he is also rather young for a college student.

Aspinwall is a student with potential; a recipient of the CIIE Leadership Program award and a participant in the SALT program, he wants to work on things that have practical applications. Though he is currently building a computer, he says that he prefers the design process itself. “When you’re building a computer there’s not as much freedom and you’re bound to everything,” he said.

He became interested in computer science through his father and first built one at the age of 6. He thinks that he might like to run his own business and “create something that would help everyone.”

Originally from Phoenix, Ariz., Aspinwall, a graduate of Herberger Young Scholars Academy, is used to being ahead of his age group. He started attending high school at the age of 9 and audited classes at Arizona State University before moving to Goshen.

He says that he feels comfortable attending Goshen College and does not think that his age makes him particularly different from any other student. A question he hears often is how he feels about talking to students who are older than he is. He says, “It really is nothing different. I’ve never really had an experience where I’m the oldest one.”

Jessica Baldanzi, professor of English and Aspinwall’s Academic Voice teacher, said, “Mikol’s been a great student. I wouldn’t have any had any clue that he was [13] if I hadn’t been told.”

Aspinwall made the decision to come to Goshen after a referral by his uncle, Felipe Merino, an attorney who specializes in immigration law and criminal defense. Not only did Merino refer his nephew to the college, he also spoke in the CIIE offices on Thursday, Sept. 17. The event, was attended by both Aspinwall and his father.

Aspinwall considers himself Native American, as he is Chippewa on his father’s side while his mother is an American with Mexican roots. Birthright citizenship is currently a hot topic among presidential hopefuls, and Native Americans were not considered citizens of the U.S until 1924. With both Latino and Native American heritage and an uncle involved in immigration law, the issue is one that has an impact on the lives of both Aspinwall and his family.

For now, though, college and learning are taking precedence. Aspinwall, who prefers coding to math, has just started working on a project called Google Cardboard. This is an “open source visual reality” that would be, as he puts it “an overlay” or “an augmented reality” that could be worn like goggles and would parse camera input and overlay things such as the time or a keyboard over the wearer’s natural view. Curious and investigative, he enjoys his work, but he also plays some piano and wishes that the college had a football team.

Aspinwall will continue to commute to college and attend his classes, which include ICC, Academic Voice and Calculus. He knows some Spanish, and if his age allows, he would like to go to Peru for SST. It is likely that he will continue living at home for now, but he would like to move into the dorms his senior year of college when he’s 17.

“No one [in Phoenix] is as friendly as here… because it’s a big city, you don’t get the sense of community that you get here,” he said. Aspinwall says that he appreciates feeling welcomed and accepted by the student body.