Hippo Campus around the globe 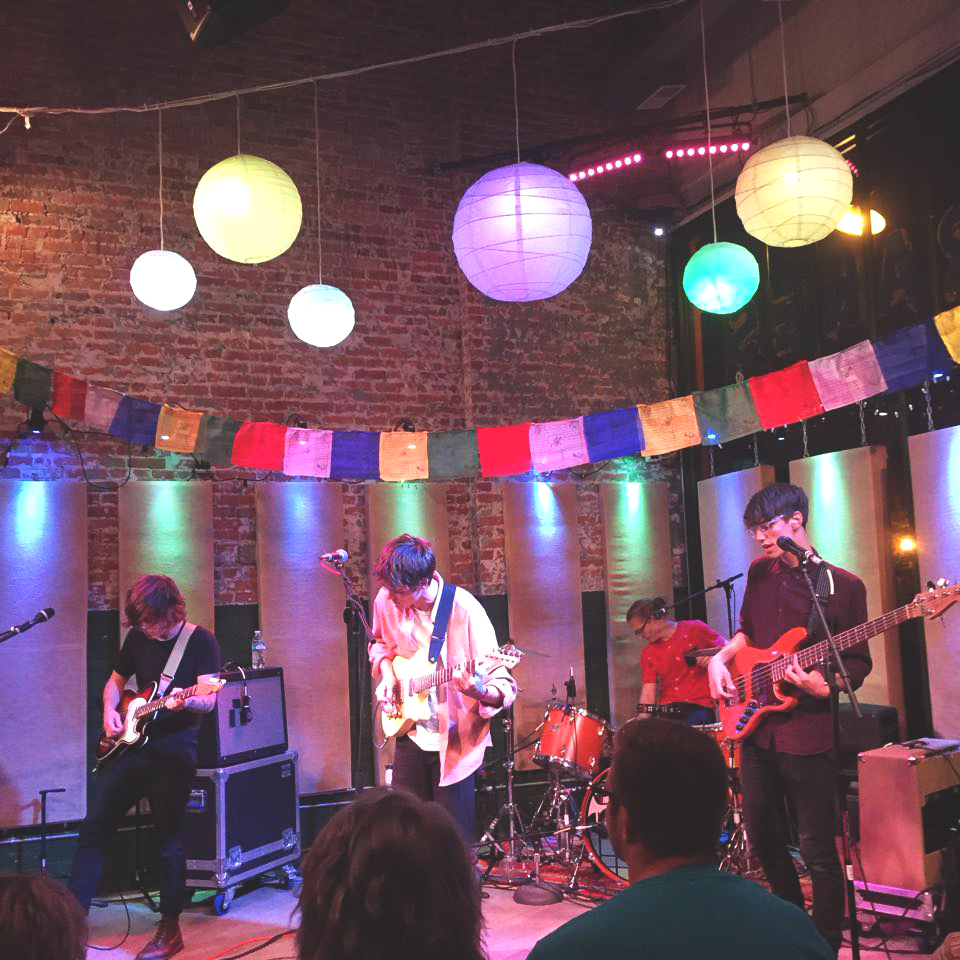 The four-man indie-pop band Hippo Campus performed at Ignition Garage this past Thursday, with several Goshen College students in attendance.

“It was the first time the crowd was singing along to the songs,” said Maria Bischoff, a GC senior who works for Ignition Garage. “It was an awesome concert to be at. The band was really legit and the crowd loved their energy.”

The energy didn’t stop with the band. The students and community in attendance were thrilled to see Hippo Campus, whether it was their first time hearing the band or they knew them well.

“The concert was probably the best I have seen at Ignition,” senior Halle Steingass said. “People were vibrant and moving around, which created a fun atmosphere.”

During Arts in London this past May Term, Steingass and a few other GC students were introduced to Hippo Campus when they opened for Walk the Moon. Although not everyone had listened to Hippo Campus before Thursday’s concert, they left an impression.

“I actually didn’t even know Hippo Campus until I went to the concert last Thursday, but I really liked being able to dance to their music,” junior Ellen Conrad said. “I’m really happy I was able to go.”

Hippo Campus has toured with Walk the Moon, My Morning Jacket and Modest Mouse. Steingass described their sound as “bass guitar, back up and lead guitar and drums thrown in with easy, lovable melodies.”

The band name Hippo Campus comes from hippocampus, the part of the brain that controls emotion, memory and the automatic nervous system. Steingass feels “it’s important to note… that [this] says something about what they hope their audience might experience.”

This young group from Minnesota has grown on Victor Garcia, senior student station manager of The Globe.

“Their music has a very refreshing sound to it,” Garcia said. “You can see how much effort and passion goes into [their music], even at their age. The fact that every member is in their young 20s and doing this well for themselves really says something about their dedication.”

Goshen seems like quite the different venue from the big cities Hippo Campus has played like London, Chicago, Los Angeles and Dublin. The space and energy of Ignition Garage is the reason Hippo Campus decided to perform there, their manager knowing the space from another band’s show.

“Ignition had another band play there awhile back, and the manager loved the space so he told the boys about it, and that’s how they ended up performing in Goshen,” Steingass said.

Berke Beidler would like to see Hippo Campus return to Goshen, that is if “they don’t blow up and become extremely expensive to book.”

For a segment aired on the Globe before the concert, Beidler had a phone interview with Nathan Stocker, a member of the band. During the interview Stocker shared about his experience touring.

“It’s just really like a blur, but you don’t really realize it until you get back home,” Stocker said. “Then you’re sitting at home, and you’re trying to figure out what to do because you’re not moving a million miles an hour.”

Beidler asked about the most interesting place Stocker had experienced on tour so far.

“Probably somewhere in the UK, but I don’t know,” said Stocker. “Every place has its unique traits.”

Goshen was no different.

Beidler said that Hippo Campus’ “lead singer, Zach, actually said at one point in the show, ‘Wow, Goshen is a lot more fun than I thought it would be.’”