Living out our truths as LGBTQ people 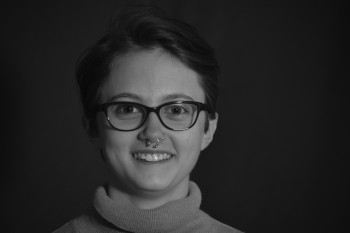 When I entered the Goshen College community in January of 2012, I would not have admitted to anyone that I was gay. The following fall, I came out in The Record. The one semester I had spent here allowed me to publicly name a part of myself I had hidden from my communities for at least a decade. The spaces I found myself in that first, formative year of college, allowed me to become a more honest, thoughtful person. In the following year, I gained a community of fellow LGBTQ people and a voice for myself and my communities. Goshen College deserves some of the credit for this discovery of self. However, after I came out, I found myself increasingly disappointed in this community. As I’ve become more aware of the policies, practices and values of this college, I have become aware that this institution is set up against our truths as LGBTQ people. The hiring policy, in particular, is a direct affront to the truth of our lives as LGBTQ people.

When I came out my sophomore year, I was naming my truth and giving up any opportunity of employment here post-graduation. As I prepare to leave this community in May, I am becoming more aware of the ways this will affect me and my community: I cannot return as an admissions counselor, to work in the library, or other post-graduate employment that can act as a buffer between graduation and a career or graduate school. This is extended beyond just Goshen College as well; I cannot apply to any of Mennonite Central Committee’s programs, or other Mennonite institutions.

Both LGBTQ students and faculty are constantly navigating spaces where we are forgotten, misnamed and excluded as a result of the hiring policy, the sexual misconduct policy, housing policies, the way bathrooms are set up and other policies. We are tokenized, forced to remain silent about who we are and to give up our identity as LGBTQ people for our identity as people of faith. These policies are not theoretical values that have no implications for our lives. No matter the affirmations we receive from fellow students and faculty, we are still not considered part of this community.

I wonder what the community would look like if the hiring policy was inclusive of LGBTQ people: how many alumni would still be living in Goshen, how many role models LGBTQ students would have, what our sexuality education would look like, how many more students would feel safe coming out. At least, I imagine a more diverse community, the sort of community Goshen often boasts of wholly having. We are not there yet, but I know we can be.

I want to be able to return to GC as an alumna and live out my truth within this community. I’ve given too much of myself to this institution, and I’ve seen my LGBTQ peers and friends do the same, for us to be harmed and excluded any further. The board’s decision to change the policy can be a first step in allowing us to name, live and honor our truths as LGBTQ people.

Whatever decision the board makes about the policy will make a statement about the identity of this college, and if LGBTQ people are considered part of that identity. Lesbian theologian and Episcopal priest Carter Heyward, in the preface to her autobiography “A Priest Forever, ” says of the controversial ordination of women as priests in the Episcopal church, “The church [has asked] for our hands, our hearts, and our loyalty, but seldom has welcomed us in our strength, our intelligence, or our faithfulness to a radically woman-loving Spirit.” Heyward’s bold statement can be extended to the place of LGBTQ people in the Mennonite church. We’ve been asked to give ourselves to this community, but have been forced to reconcile our truths at the same time. This is not the whole of what we are able to give; this is not the whole of our passions, talents and voices. Goshen College will do itself a disservice if this policy is not changed.