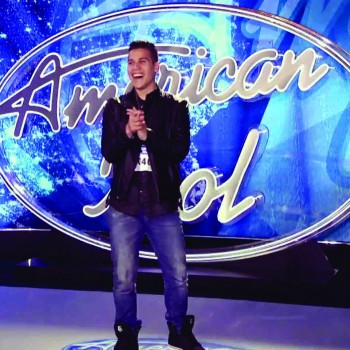 Puerto Rico native and Goshen College graduate Samuel Rosario, now more commonly referred to as Sammy Prince, has certainly made moves since his graduation in 2013. “I’ve been working really hard!” said Rosario. “I moved to San Francisco to pursue a master’s degree in acting. I’ve had a small appearance in an HBO series and done some commercials.” The broadcasting and theater double-major has certainly made it on the big screen since he departed Goshen.

Rosario has been chasing his life-long dreams. When asked at one what point he realized he wanted to pursue acting as a career, he answered, “Ever since I can remember, it [has] lived in me.” Rosario has been inspired to pursue his dreams since he was very young. “I have always looked up to Raul Julia,” said Rosario. “He was the first Puerto Rican to win an Oscar—obviously Ricky Martin as well. He’s done it all: music, Broadway, movies and television.” These artists have worked their way up to be successful in the music industry and have paved a path for other Latino artists like Rosario. “My biggest influence, however, is my mother Caroline Gonzalez; she has supported my dreams from the beginning. She has always told me that if I want something, I should go get it. No excuses.”

Though Rosario has already worked hard to catch the attention of the public with his acting, a recent audition on the television show “American Idol” has put Rosario in the public eye. “One of my friends heard me sing in a small jazz concert and encouraged me to audition for American Idol. I never thought I would actually do it.” Though he did not think he was going to audition, he did, and his audition on the show has been watched on Youtube by over 300,000 people. Though Rosario did not advance in the competition, he is happy that he had the opportunity to be a part of the experience. “It’s been amazing! They’ve always treated me with a lot of love and respect on the show. It’s a very professional environment and I was very blessed to be part of it.”

Even though “American Idol” didn’t work out for Rosario, he has not let that get in the way of pursuing his dreams. “My heart belongs both to music and acting,” said Rosario. Now, he plans to continue his career in the arts. The amount of support that Rosario has been receiving since his audition for “American Idol” has impacted him greatly. “It feels incredibly amazing. I honestly do not deserve all of this love. I am so blessed and humbled that people are taking the time to write me and congratulate me. I feel so blessed, and I thank God every night for putting in my life so many amazing friends from all over the world!”

Rosario has been shining light on not only Goshen College, but the Latino community as well. He was asked how it feels to be receiving so much fame and success and what that meant to him as a Latino. He responded “Oh, I don’t think I am famous. But I am excited because, like Gina Rodriguez said when she accepted her Golden Globe award, ‘This [attention] is so much more than myself, it represents a culture that wants to see themselves as heroes.’ If my successes and my failures encourage and open doors for many other Latinos fighting for their dreams, then I’ve done something right in this world and all the glory be to God.”

Rosario offers some advice for fellow students who also dream of pursing a career in the arts. “It’s a very hard career. I will say that they should keep going and knocking on doors no matter what. The world is in need of artists who aren’t afraid of being themselves, who go out there and don’t take no for an answer. Go out there and knock them out with your originality!”