When Goshen College Learned to Dance

Before the time of Goshen College Kick Offs at which students could see the GC President and his council galloping around on stage to the sounds of  “Gangnam Style,” Goshen College was a place that did not welcome dance. 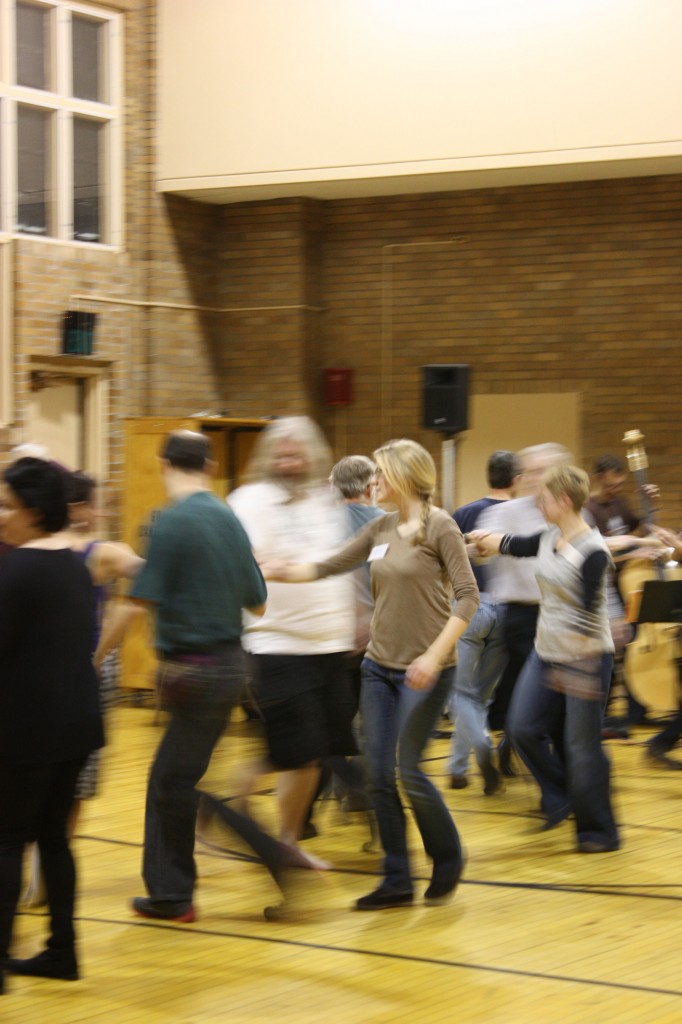 Though “expressive movement” was encouraged when performed in association with religious, cultural or otherwise educational purposes, the act of dancing was an unsanctioned and forbidden activity.

In the late 1970s, young people across the country were experimenting with a number of progressive ideologies. Goshen College, like many other campuses, called for a move from strict policies to ones that empowered individuals. The women’s movement, as it blossomed in popularity in the 60s and 70s, was widely supported on campus by both professors and students. The policy that restricted on and off campus alcohol consumption was questioned and eventually loosened to allow off campus drinking for of-age students. In 1978, a conversation on accepting homosexuality was initiated by Dr. Willard Kraybill, a health-education professor.

Times at Goshen College were, like on many campuses, a-changin.’

But GC students were challenging one particular issue that other young people didn’t recognize as a problem until “Footloose” hit theaters in the mid-eighties.

The views of the Mennonite Church, views which trickled down to shape the college’s standards of conduct, aligned dancing with other harrowing acts like drinking alcohol or taking illegal substances.

In the words of the preacher in Footloose, dancing “preaches the gospel of easy sexuality and relaxed morality.”

Traditionally, “spontaneous foot movement” was allowed on campus in only a few forms, among those being folk and liturgical movement. Though the word “dance” was never technically used, a fitness class called “Folk Games” taught partnered students to step to the rhythm of stringed instruments while forming square and circle patterns.

Still others who were not able to resist the urge to boogie escaped off campus to “Shula’s—the Rock of Michiana” disco dance club just south of Niles, Michigan.

It was not until late January of ’78, during the first (and only, at the time) blizzard-elicited snow day, that the heat of disco fever was felt on Goshen’s campus. Rachel Shenk (then Rachel Shank), who many may know as the owner of Rachel’s Bread in downtown Goshen, was a restless college student with some friends and a boom box on that day in 1978. As she, John Miller and Willie Swartzentruber sat in the cafeteria with no homework to finish or classes to attend, they began to dream up a plan that would eventually lead to the emancipation of Goshen College’s groove.

“We thought we should do something,” said Shenk. “So we said, ‘Let’s have a dance in the snack shop.’”

That night, after a day of no class and no cares, a group of almost 200 students gathered in the snack shop [present day Leaf Raker] for “spontaneous foot movement.”

Among the tracks played that night, Shenk remembered The Commodores’ disco anthem “She’s a Brick House.”

Though her memory of the night is a bit hazy, Shenk was almost sure she remembered seeing faculty members in the crowd.

The dance began around 7 and did not end until near midnight. After hours of dancing in the moonlight, the shameless (and to this day, mostly anonymous) dancers retired to their rooms.

Soon after the “Snack Shop Disco,” Shenk and her friends received notice from the Dean of Students that they would be expected to present a formal explanation to the student body at chapel and to submit a written apology to the Record.

In an act that would shake up years of institutional policies, they refused.

“It wasn’t something we were regretting,” said Shenk. “So the person in charge agreed and we organized a chapel where we could talk about our different viewpoints.”

Although not within Shenk’s time as a student, the school’s policies were eventually amended to allow dancing, of any form, at Goshen College.

The campus has since become a place where moving, leaping, swinging and boogieing are welcome. Campus dance clubs include swing and salsa, regular dances occur in dormitories and other campus buildings throughout the year and students continue to attend off campus dances like the community Contra Dance.