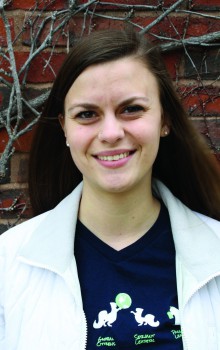 I still recall the irony I felt on the flight to Texas, leaving my hometown of 30,000 for a city of three million. I grew up in a middle-class part of town, but was on my way to live and serve in a low-income area of an unfamiliar city. Never before had I been to San Antonio. My stomach churned as my emotions swooped from excited highs to apprehensive lows.

I decided to go to San Antonio because I wanted to work with underprivileged children, and the opportunity to work at a summer program for kids from the projects was a step toward this calling. Upon arrival, I quickly figured out which new experiences were to become commonplace.

Living in a prostitution-heavy area made it impossible to leave the house without hearing, “Hey girl, need a ride?” During the first week, I was cussed-out by a five-year-old when I asked him to wait in line. On more than one occasion, I noticed mothers who appeared to be high when they picked up their children. Yet in spite of the struggles, I bonded with a number of children and befriended a few co-workers.

While I was busy getting sworn at by five-year-olds and shouted at by men, my boyfriend sweated under the searing sun as he worked in the sweet corn patch on his family’s South Dakota farm. In spite of the new experiences I relished daily, I envied him.

While I felt hemmed-in and crowded whenever I left my house, his house was the only one within a square mile. When groceries entailed an hour-long bus ride for me, he had the freedom to travel wherever he pleased on his own. As I dealt with the bustling, unfamiliar inner-city culture, he was cushioned by a culture of simplicity, the predictable schedule of farm work. In my mind, I struggled to validate the apparent ease of living a sheltered, small-town life while life around me was everything but.

That fall, I returned to my hometown of Goshen for a third year of college and realized that few could understand my experience in San Antonio. As the school year progressed, I fumed over the tiniest conflicts that surfaced in my small-group house. Arguments arose over fridge space, and all I could think of were kids whose eyes would bug out at the sight of so much food. When friends complained of how annoying others were to live with, I recalled the mothers with clouded eyes, thinking of how hard it would be to live with a parent’s addiction. One day, I leafed through my journal from San Antonio and nearly drowned in a sea of uncontrollable tears.

At the end of spring semester, I decided to go with my boyfriend to visit his hometown. Arriving in South Dakota, I found wide, open farmland and a culture completely different from my own. I was shocked to attend a high school basketball game and watch two completely light-skinned fan sections cheer on two entirely light-skinned teams. I witnessed the stress that a summer without rain can bring upon a family as I overheard arguments with the crop insurance company. I saw firsthand the importance of tradition at “Schmeckfest,” a festival involving the display of antiques, readings in multiple dialects of German and the sampling of foods like kuchen and pluma moos.

Traveling from my Mennonite community to another, I expected many similarities and instead found differences. Life in South Dakota is a wheel revolving around the axle of a living that is simple but not simple-minded, a living centered on fertile land, open space and the present moment. Everyone’s lives seem to rotate around this center, connected by it. Without it, I was an outsider. I struggled to understand the culture, yet found that I liked the close-knit community. Farmers form a caring, connected kinship through shared awareness of land. Without the stress of a bustling city, life moves at a slower pace. I was shocked by the paradox of feeling like an outsider while sensing the love and peace of the community.

Before that weekend, my goal in life had been to cross borders that would take me into places filled with poverty, violence and oppression. Upon reflection, I decided that vastly different cultural microcosms exist everywhere. No matter where we’re from, we each carry with us the unique culture of home and experiences.

My goal is no longer to cross only the borders that will take me into places filled with hardship, but rather all of the borders to which God might lead me. No matter what lies on the other side, something can be gained by taking the step, stomach churning and emotions swooping, across the border and into new territory.