Unpaid internships: the good, the bad and the ugly 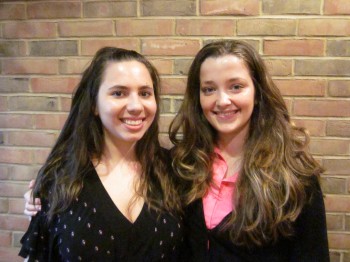 Students at Goshen College and around the U.S. are taking unpaid internships at higher rates than in years past.

In April 2010, the U.S. Department of Labor published a fact sheet to ensure that unpaid interns working for “for-profit” businesses were not taken advantage of or used to perform menial tasks.

There are no official records that track paid versus unpaid internships but there is evidence that the numbers are growing for interns taking unpaid positions both nationally and here at Goshen College.

“You have to be selective,” said Anita Yoder, career services director. “There must be a learning agenda associated with the internship.” Yoder explained that the student, the professor and the intern’s overseer should be clear about what will happen beforehand. Perhaps you need to negotiate hours or work part time. You have to convince the company why you’re worth their time or money.

The reality is, “employers want students to have real world experience,” said Yoder.

However, many students are beginning to question whether unpaid internships are worth it, especially the hundreds of students who cannot afford to take part in an unpaid position.

Bojana Jankova, a senior public relations major, has interned for the Elkhart County Community Foundation for the past eight months.

The internship pays Jankova through a grant that the foundation receives. Jankova has put the money toward her college tuition. “In some ways, it’s God’s miracle because if I did not have the income that comes from this internship I don’t think I would have been able to attend Goshen College this year,” said Jankova.

Jankova explained that for most international students to be able to work off campus, they have to take jobs related to their academics. “If this was an internship that was paid and had nothing to do with my major I would not have been able to do it because of government regulations,” she said.

Jankova strongly encourages other students to apply for internships whether they are paid or unpaid. “I was extremely lucky to get a paid internship but even if they were not paid, being able to experience the professional world is a very interesting and valuable experience,” she said.

Marcelle Zoughbi, a senior TESOL, elementary education and special education triple major, has participated in multiple internships, all unpaid, throughout her time at Goshen.

“My favorite internship was the TESOL one I did in Palestine,” said Zoughbi. She put a lot of time and thought into organizing this internship and was pleased with how it went.

Zoughbi’s second internship was teaching at an elementary school for 12 weeks. “I see it as unethical for us to do all this hard work and not get paid for it,” said Zoughbi. “You’re putting your whole self into this.” After hours of teaching she would go home and plan for the next lesson, leaving no time for other paid work.

“There were times I felt taken advantage of,” said Zoughbi. “I was left alone in the classroom and they didn’t treat me fairly.”

Internships are required for most majors on campus and it is clear that professors want to make sure companies are committed to helping students learn. Some departments on campus, like the social work department, closely monitor internships to provide students real-world experience.

“We always want the students’ learning to be center and foremost and it gets complicated to be both a student and employee,” said Jeanne Liechty, chair of the social work department. “We want to put as few barriers around the student being able to be vulnerable with questions, with mistakes, with uncertainty, without having to worry if there will be another set of consequences.”

Other departments, like the communication department, allow students to initiate their own internships, and then professors mentor them along the way.

“If you’re doing an internship, it’s important that you give it a lot of thought,” said Zoughbi. “The hard work to seek out an internship that is right for you does pay off.”

· The U.S. unemployment rate for 20- to 24-year-olds is 13.3 percent–significantly higher than the national average, at 7.6 percent–according to the U.S. Bureau of Labor Statistics.

· 60 percent of 2012 college graduates who took part in paid internships received at least one job offer, while only 38 percent of unpaid interns were offered jobs, according to the National Association of Colleges and Employers.