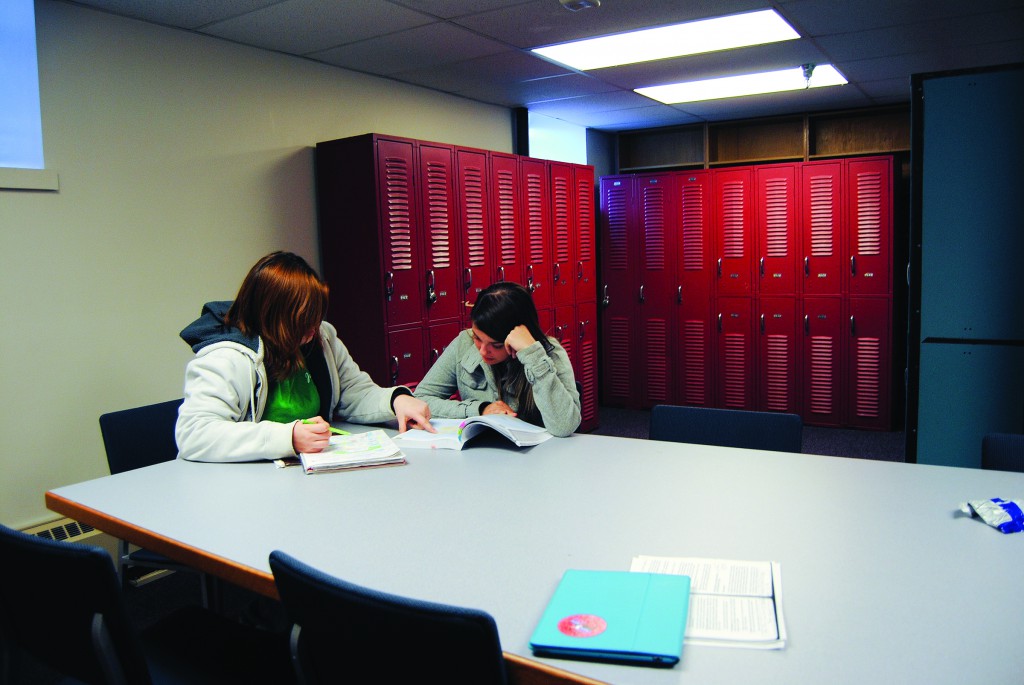 While other construction projects on campus are close to completion, one project has been held up: the construction of the commuter’s lounge.

In other years, the commuter’s lounge has offered off-campus students a part of campus where they can study, eat or just hang out between classes. The renovation of the Union building to create the Center for Intercultural and International Education offices left the old Center for Intercultural Teaching and Learning office space empty. Early last spring it was decided that the commuter lounge would be moved from the south end of the Union to the north end of the Union. However, when students arrived on campus this fall, this was not the case.

An e-mail sent to the newly-formed commuter mailing list explained that the commuter lounge would stay in the south side of the Union and the Welcome Center would take the north side. Commuters were told that the new lounge would be ready by Nov. 1 or maybe even earlier. Meanwhile, commuters were reminded they were welcome in all parts of campus and directed to the basement of the library if they needed a refrigerator and a place to eat packed food.

“In campus master planning back in 2005 we designated that location as a great entrance point for campus guests and visitors because it’s right off of State Road 15,” explained Bill Born, vice president for student life, “because enrollment is our number one priority. It drives the institution and just made sense if we’re moving things around. Anyways, for the long term let’s make that key decision now, and that bumped the commuter lounge.”

Shortly after fall break, commuter students received an e-mail from Born. In the e-mail Born explained some of the reasons for the delay and designated the basement of Kulp as a “temporary commuter lounge for the remainder of the year.” The decision to name Kulp basement, previously the MAO student lounge, as a temporary commuter lounge was due to the new possibility that the permanent commuter lounge may not be finished by spring semester, “so we designated space for as much of the year as possible in case we wouldn’t have anything ready to go until next fall,” said Born. The new space provides students with more resources than the basement of the library, like a full kitchen and a space for large lockers for commuters to use.

Some commuter students are unhappy with the delay. “One student has been tactfully articulate about this issue, so I get and I understand that,” said Born. First year commuter Katie Ditmars expressed her disappointment with all the changes of plans.

“I was angry that it wasn’t going to be done this year. I was told November like right before the exams” said Ditmars.

On the other hand, her friend Katie Kinder, also a first year commuter, was excited about the new lounge still under construction.“I’m excited and think it’ll be nice to have our own little space,” Kinder said.