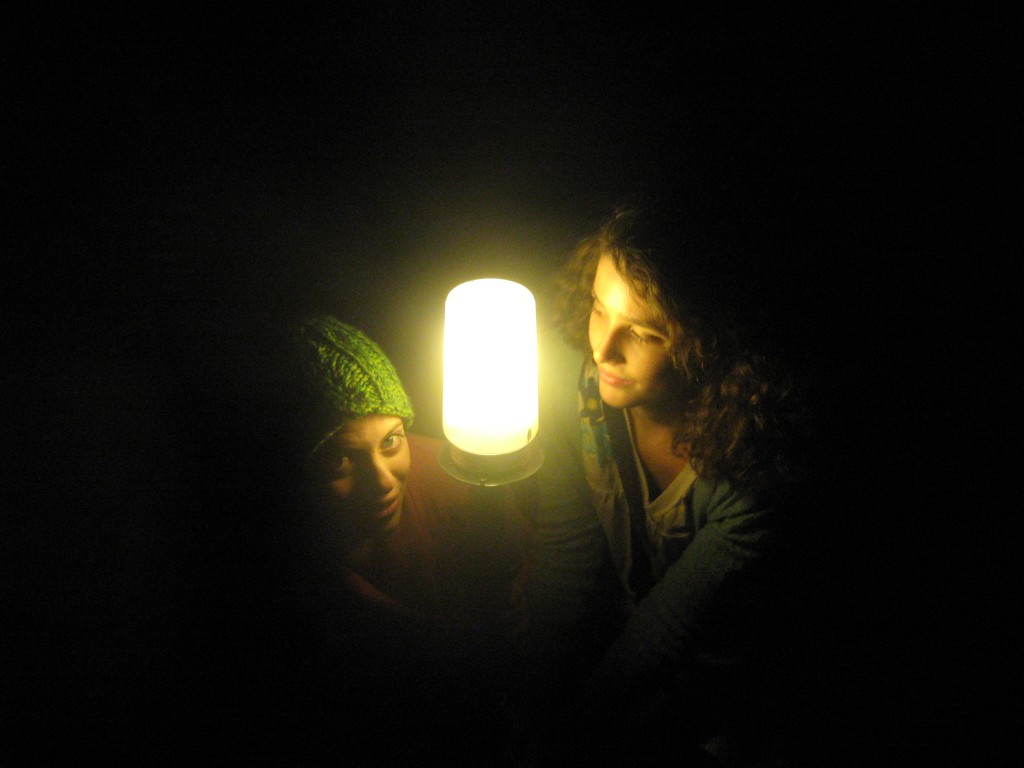 There is a light in the Umble Center that never goes out. And it’s there to keep the ghosts away.

The haunter in residence is Alice, a friendly ghost who is rumored to have been heard tiptoeing around when students are alone in the theater. She is named after Alice Umble, the wife of John S. Umble, the building’s namesake. Their picture is kept in the box office. Her son, Roy, was the first theater professor to use Umble Center after it was built.

Melanie Hertzler, a sophomore, once thought she heard Alice when she was studying around suppertime and no one else was around.

“I kept hearing voices talking and thought that maybe my mind was just playing tricks on me,” said Hertzler. “But who knows; maybe Alice paid me a visit that day.”

In keeping with theater tradition and standards, a “ghost light,” as it is known in the theater world, has been used for years as a safety measure, helping to minimize the risk of falling off the stage or orchestra pit and tripping on cords or set pieces when someone is navigating a stage in the dark.

“People say that when they have been in Umble alone, they can hear footsteps or voices,” said Hertzler. “Whenever we find something missing, we say that Alice is playing tricks on us again.”

Doug Caskey, professor of theater, remembers hearing rumors of Alice during his own student days, after the Umble Center was built during his freshman year. However, Caskey’s most memorable encounter with Alice happened about 10 years ago, after he became a professor himself.

One evening after after a dress rehearsal, Caskey had gathered his cast and crew in the audience for feedback. The theater stage lights suddenly came on and switched to another cue.

“I told Lisa, who was in the booth, to come join us,” said Caskey. “It got real quiet and she looked up from the audience and said, ‘I’m sitting right here.’ There was no one in the booth.”

Caskey takes signals like that as more of a blessing or encouragement to keep up the good work.