Homecoming to welcome return of 11 classes 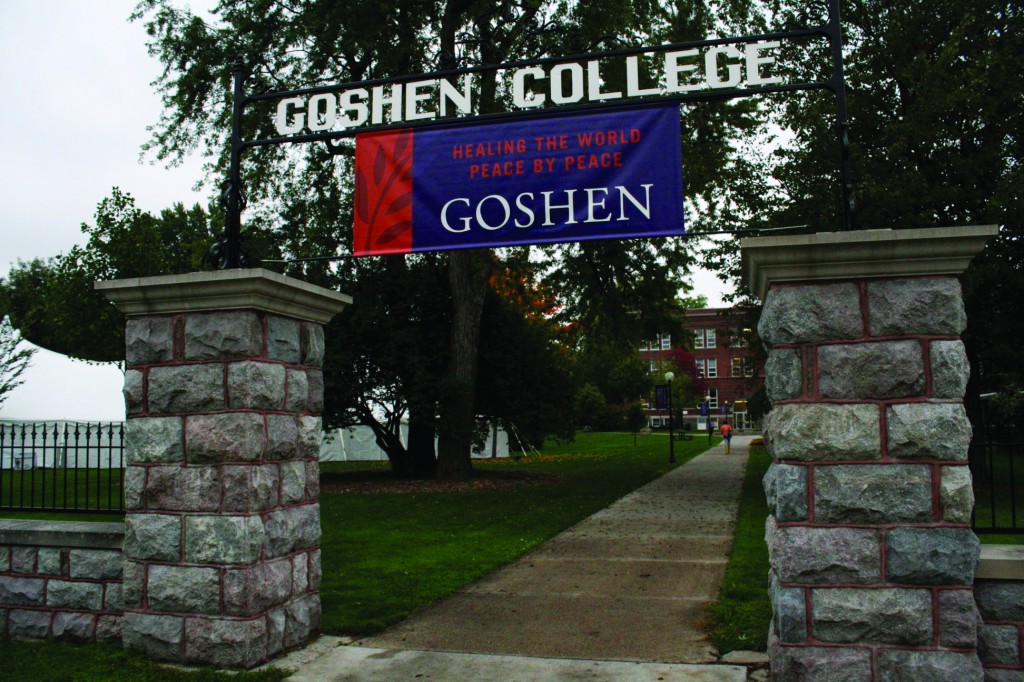 Current Goshen students may recognize this as a time to showcase their talents in a wide variety of campus events such as sports, theater and music. A Goshen alum or interested student might choose to view the annual Peace Play on Friday night, cheer for Goshen Women’s Soccer as they play against Bethel on Saturday afternoon and finish things off that same night by attending the Homecoming Music Gala.

On Saturday, a special gathering will honor The Record’s 100th anniversary this fall. Duane Stoltzfus, professor of communications, and Ariel Ropp, a senior, worked to invite every editor since 1950 to attend the gathering. The event will include Record trivia, special recognitions and greetings from current students.

Around 20 editors have already confirmed their attendance, according to Ropp.

Even though the gathering “comes too late for pioneers like Amos W. Geigley (editor, 1912), we hope that our gathering will bring together many editors from across the decades,” Ropp said in the invitation.

Jan Bender Shetler, a 1978 alumnus and professor of history, said that homecoming is often a highlight of the academic year. “I always look forward to the Peace Play and Music Gala, and plan to make it out to those.” Still, she doesn’t expect to reunite with as many of her classmates this year, as the “big reunion” for her class will be another year.

The big reunion this year is a Friday evening 50th anniversary banquet for the class of 1962. However, many events this weekend will be geared for alumni more generally. On Friday, Goshen alumni also have the option to meet together for a bike ride down Pumpkinvine trail. On Saturday, they can go to special alumni breakfast, class reunions for those who graduated as far back as 1947, department-specific open houses, and a hymn sing led by Debra Brubaker and Scott Hochstetler.

During Friday morning’s homecoming convocation, there will also be a time to give special recognition to certain alumni who have exceptionally lived out Goshen’s call for service. These award recipients include John Driver and Rebecca Pries, who will both be recognized with the Culture for Service Award, along with Grant Rissler, who will receive the Servant Leadership Award. Sue Roth and Keith Springer will be recognized as Champions of Character.