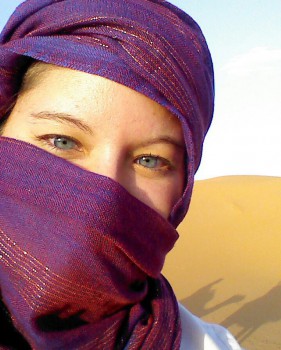 Have you ever seen an archaeologist holding a piece of ancient ceramic pottery, or, for that matter, excavating an ancient city? It’s similar to seeing a four-year-old in Disneyland. That is exactly how I felt when walking into the ancient Roman city of Volubolis (Walili in Arabic), an archaeological site in Morocco.

Standing on the old cobble street with 2,000-year-old ceramic pieces protruding from the ground, I developed a strange feeling I’d only felt, well, never before. All right, I’ll be the first to admit that I fell in love that day. I was lovesick for a city that was much too old for me.

The exquisite tile work on the floors in each of the old houses was excellently preserved, more so than the Mayan artifacts I excavated this summer. The tile work showed pictures of the ancient Roman gods with colors that would have put Claude Monet to shame. Even the fountains and pools were almost in working order, and the plumbing of the day looked rather advanced for its time.

This epic journey through time came to its climax when I walked down the main road leading to the agora (market). A scene with fruit stands, blacksmiths and people on their donkeys rushed into my head. For a moment, I forgot the year was 2012 and expected to see a man in a toga walk past me.

In many ways, Morocco’s society has not changed much since when the Romans invaded Morocco. People still rush down the street on their donkeys and the agora changed its name to Souk. I count the visit to Volubolis as an excellent learning opportunity to compare to how life goes on in Meknes. Did I mention that Volubolis has a graduate program?