Learning to teach in South Korea 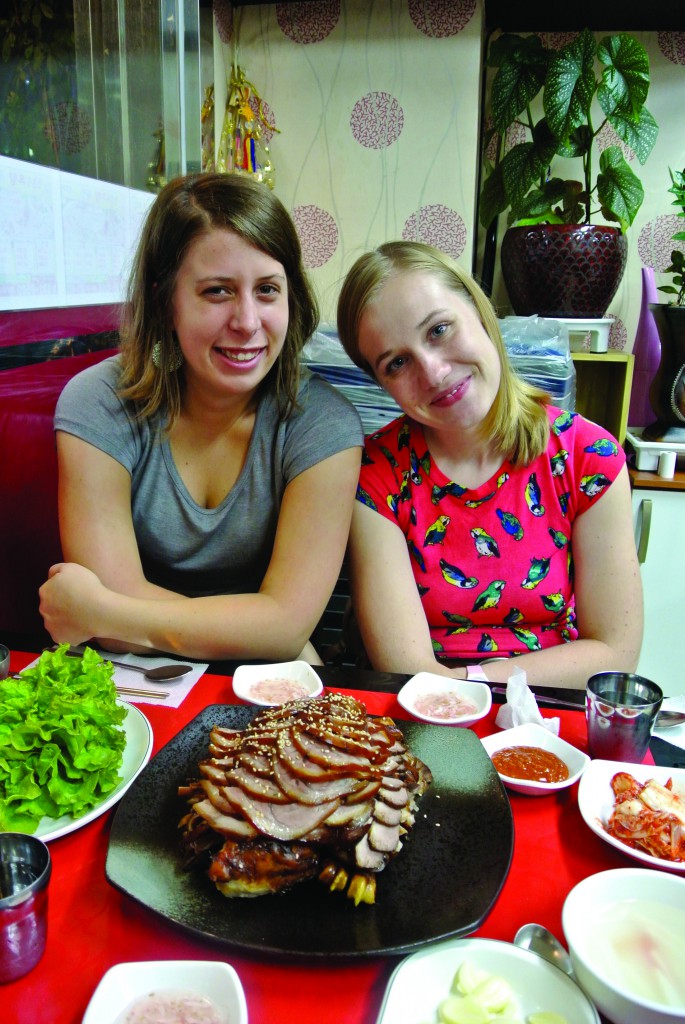 As English majors at Goshen College, we grew familiar with the incredulous question: “So, what are you going to DO with that degree?” Not far behind, of course, was the inevitable follow-up: “Do you want to teach?”

This is how we both came to find ourselves working on lesson plans, filling out report cards, holding parent-teacher conferences and playing Hangman with eight-year-olds in Seoul, South Korea.

Less than two months after graduation in April, we moved to Asia to work as teachers for Connexus Language Institute, a private English academy operating as an outreach project of Korea Anabaptist Center (KAC). Begun in association with Mennonite Church Canada, KAC works through various programs to advocate for peace, restorative justice and reconciliation in Korea, as well as across Northeast Asia.

In its first incarnation, Connexus was an academy where adults learned conversational English. Now, in its eighth year of existence and two major relocations later, clientele at Connexus are mostly elementary school children who are learning English after school, along with a number of other subjects and supplementary classes at various academies. The academic atmosphere in Korea is fairly infamous–parents invest a significant amount of money in their childrens’ educations and extracurriculars. We’ve heard it said several times that people are Korea’s greatest natural resource.

Due to its Anabaptist identity, Connexus has a different approach to educating this natural resource than one would see at most schools of its kind in Korea. This approach is influenced by the admininstrators’ involvement in introducing the philosophy of restorative justice to the Korean school system, another project sponsored by KAC. The result is a learning environment that is playful, nurturing, focused on the holistic growth of each student and rooted in a community with strong shared values — one we’re excited to be part of.

Being a part of this community is one of the reasons that we were both so drawn to working at Connexus. We live together with our co-workers, who consist of North American teachers and the Korean administrators who oversee Connexus and work with KAC in other ways. Living and working together in an intentional community means that we rarely stop thinking about our work. Our conversations during meals are often about our students, their parents, and classes, but we also find time at night and over the weekends to explore the city, meet neighbors and friends and eat as much fantastic Korean food as our stomachs will allow (and then some more).

And, though we used to cringe at the suggestion of using our English majors to teach, nothing is better than going back to school on Monday morning and seeing our students. Neither of us ever expected to say that, but then again…will we be teachers forever? Probably not. For now, this is a very good place to be.