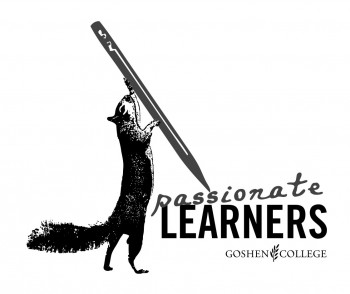 This is the year of the passionate learner, announced Dr. James Brenneman, President of Goshen College, at an opening convocation on September 5.

Whereas 2011-2012 focused on the core value of servant leadership, 2012-2013 is the year of the “contagion of passionate learning,” Brenneman said.

Brenneman offered the story of Merle E. Jacobs, who taught at Goshen from 1953-1954. Jacobs was obsessed with birds and owned 87 canaries. Yet Jacobs’ passion for learning drove him, Brenneman said.

Brenneman called students and faculty to seek their passions just as Jacobs did.

Brenneman encouraged the college to seek passion and love as they learn.

“Love combined with passion creates endurance,” Brenneman said. “Yet love is there when the passion ebbs and flows.”

In line with this year’s theme of passionate learning, a new general education curriculum called the Goshen Core is in effect this fall.

The Core, which will be in place for all incoming 2012-2013 students, is shaped around three “threads.” The “First Year Experience Thread” develops student’s basic academic skills. The “Intercultural Thread” includes Study-Service Term and global perspective courses. The “Perspectives Courses Thread” aims to build knowledge in a large field of study.

The Core includes an electronic portfolio and the incorporation of iPads. The new curriculum “offers every student a life-orienting story embedded in Christ centered core values,” the Goshen Core website writes.

The year of the passionate learner also has a mascot—thanks to Hannah Gerig Myer, a graphic designer in the Public Relations Office.

Gerig Myer designed an image of a squirrel reaching up to a pencil to write “Passionate Learners.” The logo was featured during the theme’s unveiling in May.

Though Gerig Myer originally designed the logo as a joke, perhaps it will inspire students to continue their hard work.

“I think that the little squirrel holding the big pencil shows he is determined and motivated,” Gerig Myer said.