Every year Goshen College elects new Senate cabinet members to lead the student body. The overall job of Student Senate members is to oversee student clubs and club budgets and be a voice for the student body to the administration.

According to Shirley Shriner, “This is the largest number of applicants we have seen in several years.”

From those seven applicants, the student body will elect three new cabinet members. In total there will be four people working as Senate members next year. The fourth one, Rachel Smucker, a freshman communication major and a current cabinet member, will continue to serve next year without being re-elected. This reflects a change to the Senate Constitution.

This new decision was made for two reasons. First, a month ago the Cabinet Constitution was revised and so the Senate decided that someone involved in the process of revising the Constitution this year should continue their role in next year’s Senate cabinet. The other reason was that Smucker already has experience in the Senate. That way, the new Cabinet members will not start from scratch.

This year’s representatives were determined at noon on Wednesday. The candidates who received the most votes were Hans Weaver, with 134 votes; Jon Hershberger, with 117 votes; and Aradhana Roberts, with 115 votes.

Each of the four Cabinet members will be the chair of one of the following committees: Publicity Committee, Events Committee, Town Hall Meetings Committee and Student-Administration Committee.

Each of the chairs of these four committees will work closely with the Representatives at Large who will help the Cabinet Member with his or her duties. The reps at large will be elected in the beginning of next year. 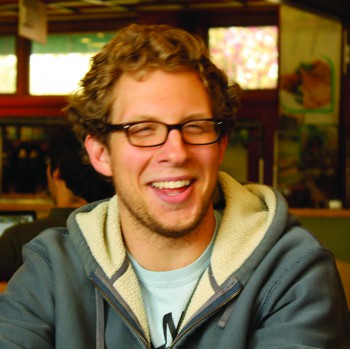 Interesting Fact: When I was considering colleges to attend, I refused to check out Goshen College due to my parents’ persistent efforts to persuade me to go to Goshen College, and the fact that I would be the third consecutive generation from my family to attend. I wanted to be different. It took me a year at Eastern Mennonite University to see the light. I regret my stubbornness every day. 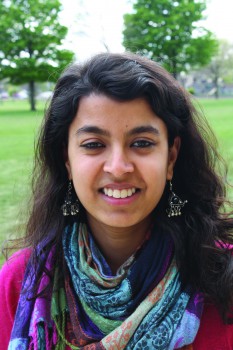 Becoming a member of Student Senate provides me with the opportunity to work as a team to serve my peers and community.

To this role I can bring the qualities of an attentive listener and team worker.

Interesting Fact: I enjoy traveling and one of my most memorable travel experiences was spending six months in Melbourne, Australia, for a study exchange. 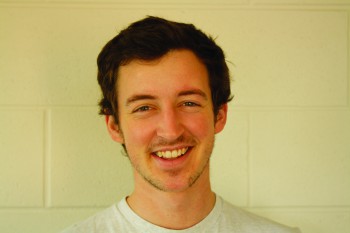 I am interested in learning more about how decisions get made at GC. I was also in student government in high school and found it to be a very rewarding experience. Often times I think there is a disconnect between the administration and the student body in terms of decisions being made. I would hope to help bridge this disconnect by bringing to the administration ideas from students, while also helping my peers see why administrators make the decisions that they do.

I bring an open-minded willingness to work with anyone to make GC a better place. I have enjoyed my time here immensely and I hope to ensure that others also enjoy their “GC experience.”

Interesting Fact: I once had lyme disease, meningitis and West Nile virus at the same time