South African and Palestinian Apartheid: Lessons for the World 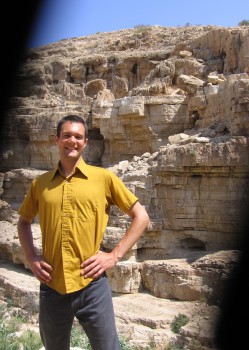 “South African and Palestinian Apartheid: Lessons for the World”

This summer eight Goshen College Students and I spent an amazing two months at the home of G.C. student Marcelle Zoughbi in Bethlehem in Palestine. Under Marcelle’s leadership, our group lived, learned, and volunteered alongside Palestinians. Traveling in Palestine, we were struck by the manifestations of Israel’s divisive policy of military occupation in the West Bank.

The situation in Palestine/Israel is often inaccurately described in Western media sources as a conflict between Muslim and Jewish states. A better characterization is apartheid like that of 20th-century South Africa where an ideologically-motivated Western colonial power ethnically and racially oppressed an indigenous population.

The native Arab population prior to the creation of the state of Israel included Muslims, Christians, and Jews.  In the last 63 years, forcible expulsions and massacres of this entire ethnic group have created Palestinian refugee pockets all around the world.  The surviving Arab population of approximately 3 million in the Gaza Strip and the occupied West Bank live in some of the most geopolitically restricted areas on the planet.  A 50-foot concrete wall zig-zags within the West Bank, segregating close Palestinian communities from each other with no regard for millenia-old land ownership.   Palestinians in Israel are often subjected to similar kinds of discrimination as the West Bank and Gaza citizens are.

Similarities with apartheid South Africa abound.  Just like South Africa’s creation of townships and Bantustans, the “democratic” state of Israel uses the West Bank and Gaza to create the illusion of a designated homeland for an ethnic group that in reality it wishes to exclude from its communities, infrastructure, and electorate.  Our group visited Bedouin villages in the Naqab Desert which are routinely flattened by government bulldozers.

The hopeful side of apartheid comparison is that some of the solutions that worked in South Africa could be applied to Palestine.  By the late 20th century a sufficient number of countries rallied against South Africa’s violation of international law that real change could happen quickly.  Economic sanctions, boycott, and divestment can be tools of justice if appropriately focused. I heard powerful stories of Jews, Christians, and Muslims living peaceably in the same communities, babysitting each others’ children and borrowing cups of sugar as neighbors.  These stories showed a human quality in the dense layers of religion and politics.  God works in our world despite human power and empire.