A proactive search for meaningful worship 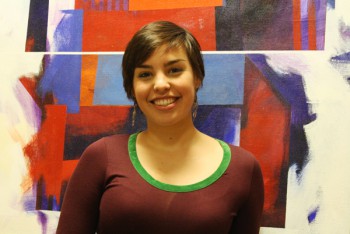 Having spent my most formative years attending College Mennonite Church, I’ve become acutely aware of the broad range of diverse theologies and worship styles within that community.  Upon becoming disillusioned with church and Christianity my senior year of high school, I attended a Sunday School class with adults who, like me, could no longer tolerate the hymns and sermons whose theology and stale language clashed with what we were seeking.  Many of us didn’t even bother attending the Sunday morning service—we came solely for Sunday School where we found community and meaningful conversation.

But as I began to have many diverse worship and spiritual experiences in the following years (from charismatic Colombian Mennonite services to Taizé at Goshen College, from yoga to ecumenical worship), through which I began to piece together my own faith, I began to sense that people do a wonderful job of deconstructing their faith, but struggle to reconstruct and rebuild a faith life that they can affirm and is life-giving.  More often than not it feels like the church doesn’t offer the experiences and space people need to begin that process.

My desire to create a space for those who, like me, have been frustrated by traditional and conventional styles of worship, motivated me to organize and lead a series of Wednesday evening contemplative services at College Mennonite Church during the month of October.

In the candle-lit space we read secular poetry and Scripture side-by-side, refrained from using too much “God-language,” challenged ourselves with the Discipline of Silence, washed one another’s feet and broke bread together.  I intentionally chose hidden gems from the Mennonite songbooks, unfamiliar hymns and songs with meaningful texts, to which some sang along while others simply listened, as they moved about the space exploring the various nooks we had set up for personal prayer or meditation.

The services were small and intimate, and some of the people who I hoped would come did not.  But I was heartened and energized by those who returned week after week, obviously needing that time and space to simply be, to meditate, to pray.

Many of us have deconstructed, analyzed and critiqued our faiths and Christianity, or perhaps are beginning to.  But my hope is that those who are frustrated don’t settle for being frustrated, but are proactive in seeking out these sorts of experiences that will aid in their reconstructing a life-giving faith.  And my hope is that the church will recognize the need for those experiences, so people like you and I may be given a space to rebuild and reconstruct a life-giving faith.