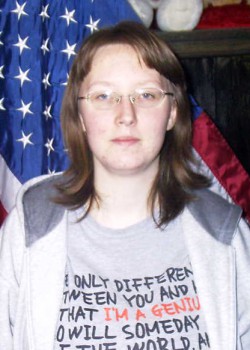 There was an article in last week’s paper about the National Anthem. It was stated that the Anthem “promotes and honors violence in our nation’s past…”

NOWHERE in the Anthem does it condone violence. Francis Scott Key, the writer of “The Star Spangled Banner,” only wrote about the battle at Fort McHenry in 1814 during the War of 1812 (1812-1815). After the battle was over, he saw the American flag still waving over Fort McHenry and he knew that they had survived.

No country in this world can become a country without violence in one form or another. America’s own independence from Great Britain is an example.

The Revolutionary War from 1775-1783 was for America’s independence from Great Britain. This was a country that would subject us to their rules. If we did not fight for our independence, then America might not be enjoying the freedoms that we have today. We may still be answering to the king of Great Britain and following the laws and regulations of that nation.

On December 7, 1941, Pearl Harbor, Hawaii was attacked by the Japanese Navy. It is said that Naval Marshal General Isoroku Yamamoto said, “I fear all we have done is to awaken a sleeping giant and fill him with a terrible resolve.” Japan did wake a “sleeping giant.” What America did was fight back.

On September 11, 2001, America was attacked in New York City (the Twin Towers), Arlington, Virginia (the Pentagon), and one of the planes was taken down near Shanksville, Pennsylvania. For the second time in history, America was “awakened.” America fought back.

In light of the attack, President George W. Bush said, “From this day forward, any nation that continues to harbor or support terrorism will be regarded by the United States as a hostile regime… And what is at stake is not just America’s freedom. This is the world’s fight. This is civilization’s fight…”

In both cases, America did not sit back and let thousands of innocent lives that have been unnecessarily taken be forgiven.

In the Funnies section of the paper, the Grey Shirts: Robots Don’t Dance, the person in the middle killed the person on the left while the person on the right ran away crying. If Goshen College is going with the saying “Peace by Peace” this year, how is this okay with this college? Why is nobody complaining about this?

Several of my friends, including LCpl. Rice with the U.S. Marines and SSgt. Gallion with the U.S. Air Force, have also agreed that the National Anthem DOES NOT HONOR VIOLENCE. IT HONORS OUR FREEDOM!

So check your facts the next time you want to say that the Anthem honors violence.

Jamie Parker is a sophomore with a major in Journalism and a minor in Writing.