Hour After Hour, Waiting in Line 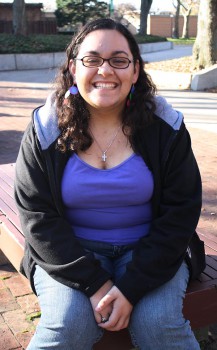 As I walked into the Union last Thursday night, hyped to buy my tickets for the upcoming Hour Afters, I was met by a long line, and I realized I should have come earlier. The line was already at the Fraker doors.  For those who were there you know that I had nothing to worry about because as the time wore on the line would extend all the way to the blow up bounce place and possibly further than that. However, the long lines for tickets are not what this perspective is about. It is about the fact that as I stood in line I noticed that the people in the group in front of me kept getting bigger. Apparently these people didn’t worry about coming earlier to wait like everyone else. And why should they when they can just find someone they know and join the pimple in the line.  As I stood there I counted about 6 people joining that group and advancing towards the tickets ahead of me.

The longer I stood there and the more people joined this group the more I became angry and frustrated. Why is it that I had come at a time that I thought was early to get tickets I wanted when people who wanted to take their sweet time could come in and get ahead of me? As most of you know this happens a lot whenever there is a demand of tickets or entrance to an event. This is unfair and some may say “well life isn’t always fair.” I agree with this statement, to a certain extent, my stopping point is when it is something we as humans can control. I may not be able to stop a car from hitting my dog but this line cluster is something that we can stop.

I didn’t say anything of course. Who wants to be the jerk and say “I’ve been standing here for a while longer can you get to the back of the line.”? Most people say “I let them in front of me so I’m being moved back as well.” This is so inconsiderate of others time. I stood in line for about a half hour longer than some of the people who were joining the game of “blob” in front of me and yet I was one of the last to get Pop Choir Coffeehouse tickets. As some of us know the Pop Choir Coffeehouse sold out. These people who were all in front of me all got the tickets they wanted and because we are allowed to get tickets for those who can’t make it just by bringing their cards their friends all had tickets too. I feel outraged for those who didn’t get tickets to coffeehouses that they wanted because some selfish people thought that they should have precedence over others just because they are who they are. This is just another thing that kindergarten taught me there will always be “butters” and they will reap the benefits while the rest of us flounder in the sea of lingering.

Disi Diaz is a senior theater and English double major.