On the road back from Damascus Road 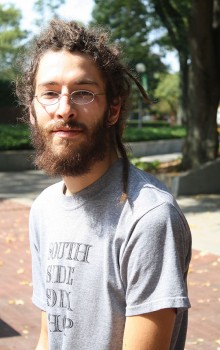 This past weekend I spent the majority of my time in Damascus Road anti-racism training. The biggest thing I learned was that racism is complicated, confusing and maddening. The irony was that only by going to anti-racism training did I realize how many ways I contribute to racism in our culture and society. The easiest (and most common) response to the reality of racism is to talk about how we’ve entered a post-racial society since civil rights, or to assert that “I’m not racist” because you’ve never burned a cross on someone’s lawn or mocked someone’s Mexican accent. These are both certainly racist acts, but as much as we want to deny it, racism is significantly more vast and complex than overt acts of violence against people of color. Racism has been bred into our culture in so many ways–from the genocide of indigenous peoples to the middle passage and system of slavery that built this nation (and yes, slavery is still relevant). Facing this is in no way easy or enjoyable. In many ways, I’m still struggling with my learned racism and need to be called out from time to time.

What is most important in a culture that makes every effort to ignore the realities of racism is to speak about ourselves as people of race, our interactions in a racially diverse culture, and our experiences with racial oppression. Generally, these are not topics that come up every day around the dinner table. So, at Goshen College, Diversity Circles was established. Diversity Circles is an opportunity to come together in a group of about ten racially diverse people. The meetings are held over the course of a few weeks and led by two GC students trained as facilitators (a person of color and a white person). We explore issues of racial identity, race in our culture, and the experience of racist oppression. There are pamphlets on many of the bulletin boards around campus and in the MAO office. Circles begin the first week in October, and pamphlets can be returned to Anne Meyer Byler in the Good Library. I would encourage everyone to look into it, if only to meet people and participate in quality conversation.