Keeping my voice isn’t selling out 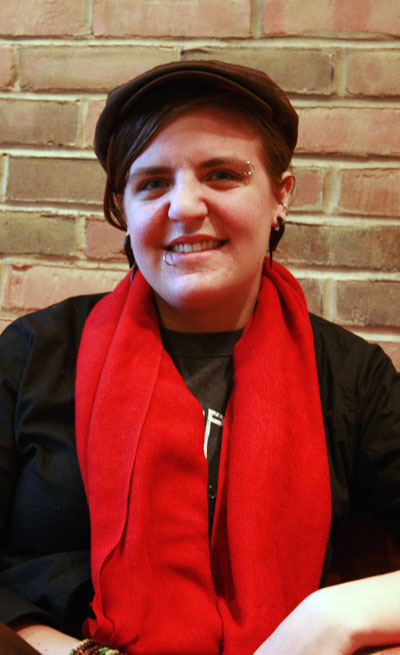 As I read Ben Jackson’s perspective in the Record last week, I heard conversations he and I have had before echoing in his words.

However, it occurred to me that – while the article was by no means one-sided – it was only one half of the very important conversations we have had. So I decided to write a response.

There are many things that Ben and I agree on. I, too, am not pro-capitalist. I despise the deep link between money and political power. I believe that there should be equal representation for all people, regardless of class, race or education.

However, where I begin to disagree with Ben is when he refuses “to associate [him]self with a system of government that … does not have the interests of its citizens … as its top priority.” If he really believes that our government is that kind of government and he refuses to associate with it, I would suggest becoming Amish.

Actually, that might come off wrong. What I mean to say is that simply by living here, Ben is “associating” himself with this government. In fact, he is benefiting from it left and right.

We have schools, roads, electricity, relative peace and order and so much more that is made possible by our government. We get so bogged down in what our government does that we don’t agree with that we miss the good, important and truly beneficial things that it does do.

It might be best to take a moment and admit that I am the friend who, according to Ben, smells like a sell out. But, in my defense, Ben smells a lot like a cop-out to me. It’s fine to be critical of the government, so long as you are doing something meaningful to fix it. Otherwise, you’re just whining.

I choose to work within the system not because I’m selling out, but because I honestly believe in the system. I believe that our government has the capability of enriching the lives of so many of those who are disadvantaged in some way. I know that it isn’t a perfect system, but I haven’t seen a better alternative yet, so I’m not giving up. In fact, I even believe that our government really does have the interests of its citizens as its top priority.

More importantly, when you don’t vote, you give up your voice. I know that Ben feels that he voted his conscience, and that is commendable. But I still believe he gave up some of his right to critique our government when he stopped participating in it.

Yes, you should question assumptions and know what you believe. But don’t throw the baby out with the bathwater. Don’t focus on the bad and forget the point.

And, honestly, I believe that every single citizen should vote. You live here, and you get a voice about it. So use it.

Brooke Blough is a senior Bible and religion major from Denver, Colo.