Sanchez to swing through Goshen 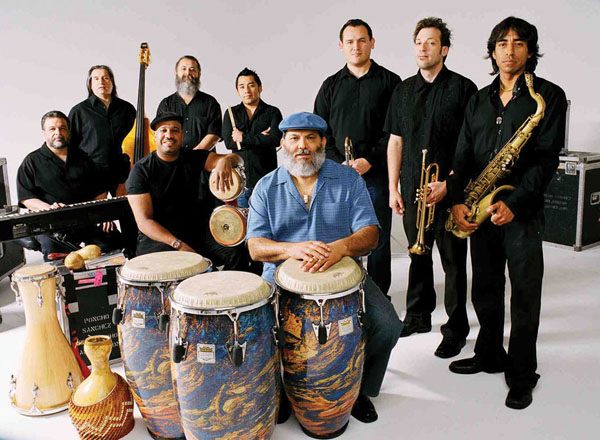 Audience members for the final Performing Arts Series concert of the year shouldn’t get too comfortable in their seats.

The main event on Tuesday, Poncho Sanchez and his Latin Jazz band, is sure to have the crowd moving with their Afro-Cuban salsa beats. The evening will also include the highly-anticipated announcement of next year’s Performing Arts Series lineup.

Next year’s cast will feature more combined Grammy awards than any previous lineup in the prestigious series, which has included musicians such as Wynton Marsalis, Dave Brubeck and Bobby McFerrin.

Sanchez – a Grammy award winner for Best Latin Jazz Album in 2000 – is one of the most recognized congueros (conga drum players) in the world.  He will be joined by seven other musicians incorporating bass, bongos, saxophone, flute, trumpet, trombone and many other jazz instruments with Sanchez’s percussion and vocal stylings.

The concert on Tuesday will begin at 7:30 p.m. in Sauder Concert Hall. Tickets, starting at $20, are available by phone at 574-535-7566; online by e-mailing welcomecenter@goshen.edu; or by visiting the Welcome Center in the Union.