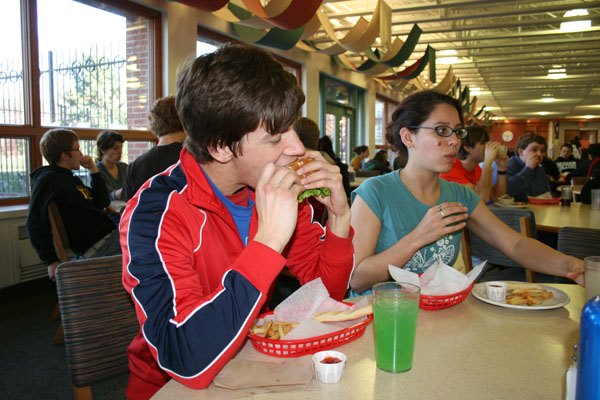 Jim Histand, vice president of finance, said that each reviewed provider was assigned a point value to different aspects of their service. “When all the numbers were decided, AVI was the clear choice,” Histand said.

According to a letter from the task force, AVI Fresh recognizes students as the primary customers and promises a broad array of station cooking in the dining hall from “scratch.” AVI Fresh is committed to ecological and sustainable practices, including the utilization of as many local food producers as possible.

The task force diligently investigated each candidate’s long-term commitment to long-term quality of service. “We feel like AVI will provide lasting change for us,” Histand said.

The task force thoroughly investigated each candidate using various methods including impromptu visits to candidate-run dining halls. These visits allowed the task force to witness the service, talk with the staff and taste the food without unrealistic preparation by management.

Consistency is one issue when contracting a new dining service provider. New or re-contracted providers tend to bring new energy and creative change to their service, but that enthusiasm may die off after a year or two at the college.

The future of the college’s current food service staff was a primary concern for the task force. AVI Fresh contractually must offer positions to all current full time staff. After a set period of time, AVI Fresh will assess their performance as they would with any new employee.

AVI Fresh puts all employees – new or continuing – through AVI Fresh’s own training program. Current Sodexo staff will be aware and trained to work for the new company should the employees choose to remain at Goshen College.

The journey toward establishing a new food service provider is not over. AVI Fresh, Goshen College and Sodexo will need to work together to make sure the transition goes smoothly. “[Representatives of both providers] have promised to keep this as professional as possible during this difficult transition,” said Bill Born, vice president of student life.

Both Born and Histand are excited to see the changes made by AVI. “There will be change in the facilities themselves,” Histand said. “AVI will be making an investment.”

The food service review started in October 2008. Over the past year, a campus-wide survey regarding dining preferences was conducted, with 640 individual responses. The review process also included vendor on-campus site tours, written proposals, on-campus interviews, task force visits to other institutions and reference checks, according to the task force.