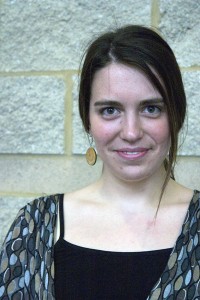 Half the time I have spent here at Goshen College, I have been angry.

Actually, I was angry about Goshen College politics before I even came here as a student. My sister, a close confidant of mine and a 2007 graduate, was a strong opponent of four-year residency. She remembers fondly the days when the administration promised to never put an residence director in the “senior” apartments but would still pay for toilet paper.

As my graduation approaches, I remember fondly the days when students were allowed to perform “The Vagina Monologues” in Rieth Recital Hall, or even in Umble Center, and not shunted (yes, shunted) to classrooms because some donors and local religious leaders complained loud enough to scare somebody in the Administrative Building.

Maybe I’m being a little hard on the administration. Their job is very difficult. They always seem to be in the middle of some argument. Unfortunately, one side is arguing louder than the other (money talks too, you know).

And I know first-hand how hard it is, as a full-time student, to fight back for our rights to discuss and perform what we want. If I was a conspiracy theorist, I might hypothesize that the administration was encouraging the faculty to overload us with homework so they could do whatever they wanted while we had our noses stuck in books. It would explain my recent work load.

Don’t worry; obviously I managed to find enough time to write this perspective.

Goshen College, as a Mennonite institution, gives off this atmosphere of, well, peace and a friendly community. And I am the first to step forward and proudly declare that I have benefited greatly from the people and academicians I have found here.

But the more I get into the politics of the school, the more hidden anger, resentment and bitterness I find between students and administration because of past transgressions or mis-communications. And from my perspective as an involved senior student, no one is doing anything about it.

Where is the conflict? I am not talking about violence. Not all conflict is helpful. But where are the discussions, the resolutions? Where is the honesty, the justice? Peace without justice, openness and honesty simply isn’t peace.

I would love for four-year residency to be rescinded and to be able to perform “The Vagina Monologues” wherever I want. But I’m pretty sure that’s not going to happen.

The least I am going to ask for, then, is two-fold: transparency and honesty from the administration, and action in place of grumbling from students.

At least write a perspective, for goodness’ sake.

Honestly, I hope this article offends someone. Because we could use a little conflict.

Emily Swora is a senior theater and music double major from Shoreview, Minn.