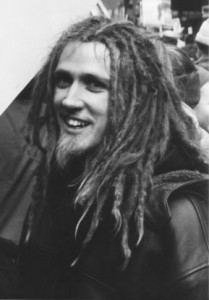 Several years ago I witnessed some young people illegally shooting fireworks on July Fourth. The trespassers were playing a dicey tag game, shooting bottle rockets at each other and deliberately launching them at a hawk’s (a federally protected species) nest containing nestlings.

From a strictly legal perspective, I had every right to call the police. But would this have been an appropriate ethical Christian response?

Police officers carry a variety of weapons, many of which can kill. Therefore, when we call the police we must be aware that we are relying on a nonnegotiable solution to a problem that is rooted in the state’s monopoly on violence.

Regardless of our personal commitments to peace, calling the police means inviting guns, tasers, clubs and other signs of state violence, into a situation. For this reason, asking the police to solve our conflicts is a serious decision that requires a great deal of forethought and discernment.

As such, I suggest the following guidelines:

– We should call the police as a last resort.

– We should ask if the police represent a proportionate response. Loud party versus men with guns. Is that proportionate?

– We should ask whether our intentions are to punish or humiliate somebody.

– We should ask if reconciliation is possible in the situation. And if it is, does inviting the police into the situation threaten that process?

– We should ask what Jesus might do in the situation.

Contrary to popular belief, the police are not social workers. They are trained to protect certain interests by any means they deem necessary.

The police make arrests that blackball a person for life, even if the caller did not intend it. The police can and often do blame victims of a crime for their predicament and do not always champion the cause of ones who are harmed.

If we engage the police, we must do so with open eyes. We cannot make wise decisions about calling the police based on uncritical assumptions.

In the opening scenario, I chose to speak directly with the people involved. As a white male citizen, I recognize I am privileged to engage these questions in ways that may be unavailable for marginalized groups. However, these social imbalances call for more discernment, not less.

How we relate to our neighbors and the police is a question of witness. Our choices affect our relationships with others inside and outside of the body of Christ.

Andy Alexis-Baker is an adjunct professor of peace, justice and conflict studies.