Change we can enact 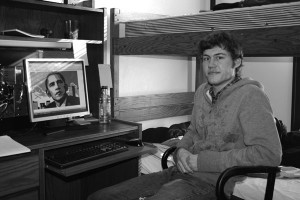 “Change we can believe in.” “Hope.” These are the core messages on which our 44th president was elected.

These messages make me proud to be an American. The realities of the financial crisis, declining education standards and two wars are horrific indicators of where our nation is right now. But the way in which we will go about handling them seems to be changing.

Already, from the few administrative decisions he has made, the “team of rivals” he has named and his choice of vice president, Barack Obama has shown that he will make wise decisions. Already, we are seeing the beginnings of a major shift in policy from the past eight years. Hopefully these changes will continue and our nation will begin to enact policies that aid the poor, boost education, change health care and foreign policies and balance the budget all at the same time.

Ever since I read Obama’s book “The Audacity of Hope” while on S.S.T. in Cambodia during the spring semester of 2007, I have been excited about Obama. After coming home, I was thrilled to attend some of his speeches. The excitement that Obama has generated has been contagious. The excitement of the election in general has been a positive example of democracy at work, with one of the largest voter turnouts in history.

While the future of our country has yet to be determined, I remain excited and hopeful in our new president. I have faith that he will fulfill his promises to the nation. But as Obama said in his inaugural address, “For as much as government can do and must do, it is ultimately the faith and determination of the American people upon which this nation relies.” I hope that we can all do our part.

Dirk Miller is a senior history major from Wellman, Iowa.